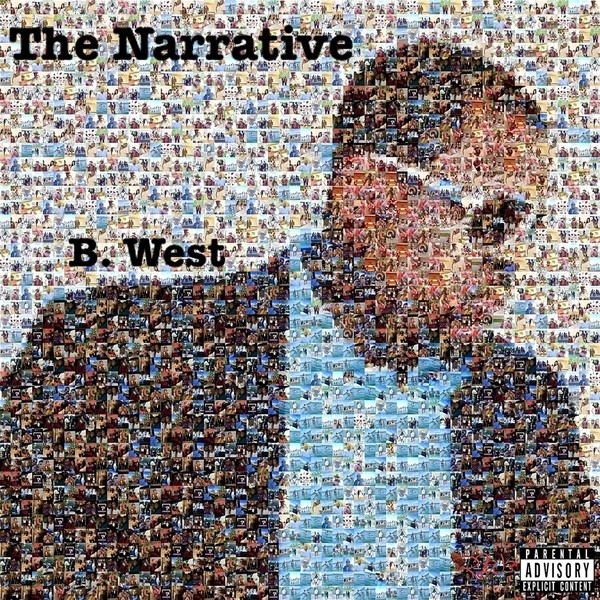 Hip-hop belongs to the world. No form of music shakes the globe any harder. But hip-hop is also hyper-regional. If you’re an emcee, no matter how wide your vision is, you’re still expected to put on and represent your block, your community, and your neighborhood. That’s something that B. West understands instinctively. Like all great emcees, his ambitions are as big as the planet. He’s got music that’s catchy and swaggering enough to connect with hip-hop fans in all nations. But when those hip-hop fans listen to his verses, what they’ll find are specific, poetic, lovingly crafted descriptions of the joys and hardships of his upbringing in Philadelphia, Pennsylvania — a city that has always been central to the larger story of hip-hop.

“The Narrative,” his street-shaking new single, is nothing short of B. West’s life story, rendered in rhyme and delivered with the conviction and good humor that the rapper has become locally famous for. Since it’s an autobiography, you can expect plenty of Philly content. West raps about his youth in the raw but beautiful neighborhoods on the north side of town, reminisces about childhood games and adolescent pastimes, and lets us know exactly how a grown-up Philadelphian spends his days. Like all accurate reporters must, the emcee names names, dropping the handles of eateries, shopping centers, and the skating rink where he and his friends hung out. Every bar of the song radiates love and pride, and B. West has mixed it with an emphasis on clarity, just to make sure you’re present to every syllable. No matter how far he’s traveled, and no matter where he’ll go next, there’s a part of his heart that will always belong to the City of Brotherly Love.

His hometown loves him right back. Memorably, B. West has appeared on “Good Day Philadelphia,” and he’s hosted local luminaries of his own on his web-based talk show — including Meek Mill. There’s footage of B. West with Meek Mill and fellow guest Jadakiss in the clip for “The Narrative,” which, in keeping with the song’s theme, foregrounds Philly in all its grit and glory. We’re taken high above the skyscrapers of Center City and the bridges across the Delaware River, taken into the graffiti-adorned hip-hop tabernacles under the freeways, and escorted along the sidewalks of Broad Street, right in the shadow of City Hall. We’re in the presence of the best kind of tour guide: one who knows his town down to the smallest detail and who approaches each intersection with reverence and affection.