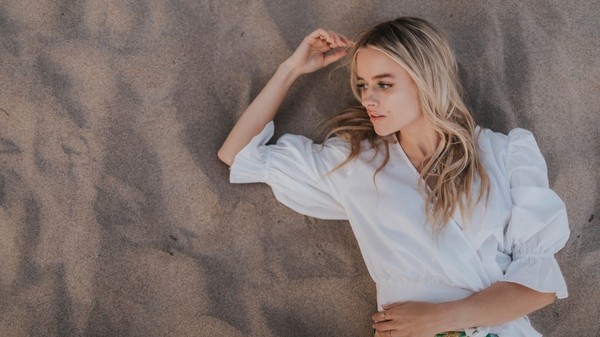 The Louisville, KY, based thrash metal outfit, BELUSHI SPEED BALL, have revealed a new lyric video for their track “Ripping Off Municipal Waste”. Taken from the upcoming album What Us, Worry?, the band’s wild antics are being transported from the theatrics of the stage onto the beloved Nintendo 64.

Bread Pilot today released their new song, “Droopee,” alongside an Evan House-directed video premiering via FLOOD Magazine. A slow-burn to explosion led by singer guitarist Stephen Ibanez, Jr.’s soaring vocals, the track is “the oldest song on the album,” he explains. “It was written ten years ago when I was first starting to really put my head down and try to write songs rather than rely entirely on atmospheric sounds. It started out as a guitar loop in my dorm room and the words reflect on desperately grasping at anything that will provide me comfort or make me feel loved, even if I know that it’s fleeting. Flailing through the first few years of adulthood.” “Droopee” is the third and final advance single from the Seattle-based four-piece’s forthcoming album, New To You, following the fuzzed-out, hook-laden “Skin Day” and the sinuous “Eye Listening.”

Today, pianist David Friend and composer Jerome Begin release the music video to their first single from Post-, “These patterns”.

Today, the Belgian pop star Angèle (born Angèle Van Laeken) reveals the music video “Libre” HERE via Island Records, directed by Aube Perrie (Megan Thee Stallion, L’Impératrice.) Taken from her album Nonante-Cinq, the video shows Angèle, as a way to oppose an all too often anxious-prone world, creating an alternative environment by imagining herself as an astronaut, a hero and an explorer. She embodies her own reality by flying over New York City and using her incredible superpowers, with a carefreeness we all have yearned for. This is an invitation to reach for the amplified version of ourselves, a version of ourselves where we blossom and flourish, that pushes and encourages us to live, freely.

She embodies her own reality by flying over New York City and using her incredible superpowers, with a carefreeness we all have yearned for. This is an invitation to reach for the amplified version of ourselves, a version of ourselves where we blossom and flourish, that pushes and encourages us to live, freely.

As a Ukrainian- American, Kailaya will be donating the proceeds of her new single to LifeLover, a charity that provides humanitarian aid and helps the elderly community affected by the war in Ukraine. Visit Kailaya.art for more information.

the Good, the Bad, & the Emotionally-Draining

Emotionally invested and lyrically obsessed, Kel Adore shares the depths of her soul in each song she writes. With her heart on her sleeve and a pen in hand, she is slated to unveil her sophomore single release, “Happy Again,” on May 13. The LA-based artist and model hands fans a uniquely immersive and technicolor experience, exposing the good, the bad and the ugly, all in a singular mystical-pop track.

An American family trio inspired by the early roots of rock and roll; simplistic riffs that give rhythm and dynamics that reach a peak. Started during the pandemic as a way to deal with canceled tours and closed venues, Female President writes songs with honest value and an emotional vibe you can rock out and enjoy. Combining their unique playing styles and genuine love of music, Female President is an energetic modern rock band with a sound all their own.

Don’t Panic has announced the release of their gripping new single and music video for “Time Machine,” which is available now on Youtube, Spotify and Apple Music. The Arizona indie/alternative group drops the track and its powerful visual after a multi-year hiatus, and are preparing for a string of new shows scheduled along the West Coast.

A gothic piece of dream pop which is inspired by the desire to step outside of the limits of ourselves, “The Frequency” shows the group evolving into a full band sound to chart the experience of togetherness.

ALUNA JOINS FORCES WITH JAYDA G ON NEW TRACK, ‘MINE ‘O MINE’ – OUT NOW. NOIR FEVER FESTIVAL – FOUNDED BY ALUNA – KICKS OFF NEXT MONTH

British singer-songwriter Aluna is back today with a brand-new track, and an exciting new collaboration with Jayda G – the GRAMMY-nominated, Canadian-born DJ, producer and Ninja Tune icon. The track, ‘Mine ‘O Mine’, just received its first play as Clara Amfo’s ‘Hottest Record’ on BBC Radio 1.

Total Slacker recently announced its fourth LP, ExtraLife, due May 27. The second single “Working All Day” is out today as well as a music video shot in a mall. The band is now based in Salt Lake City, Utah.

Today, LA-based dark pop duo Boy Deluxe the music video for “All Out,” a single off their 2021 self-produced and released EP, RISEN.

The pop rock banger is packed with clever quips and Elyse Jewel’s illuminescent and soaring vocals, culminating into an attention grabbing a-sing-a-long chorus resulting in the ultimate breakup anthem.

Ready or not, life serves us up everyday. Quelle Chris’s new single “The Sky Is Blue Because The Sunset Is Red” finds him trying to figure out how to feel when the greener grass dies as the seasons change. A moody piano loop from Chris Keys & Knxwledge drums keep wistful time while a soulful melodic vocal floats throughout the three MCs’ reflective bars. MoRuf poses the question of why so many wait till you’re gone to show they really care, while Pink Siifu stealthily whispers his thoughts to the track. The whole song is a perfect portion of slow it down.