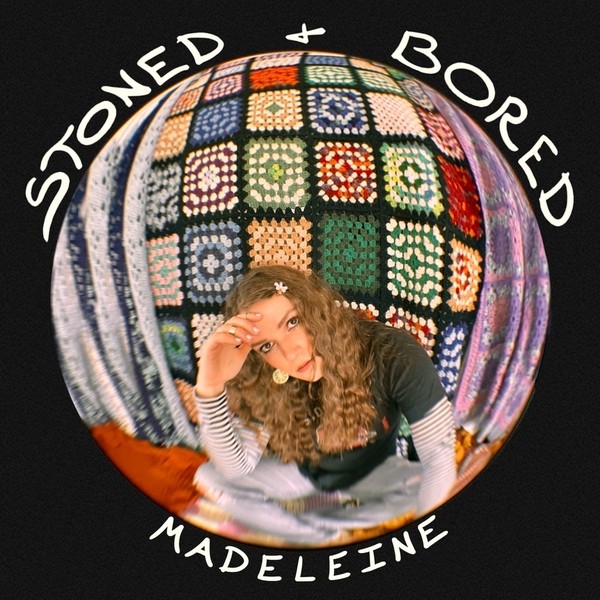 MADELEINE’s upcoming album ‘Stoned And Bored’ manages to blur the best of pop, indie and rock realms. There’s a nostalgia that flows through the tirade of tracks, bringing to mind the old school pop-punk powerhouses that pushed their boats out and made the music landscape what it is today. As these influences ripple in the tides of ‘Stoned And Bored,’ it’s MADELEINE’S uniquely fresh take on an indie-meets-rock-meets-pop landscape that will have you surfing the waves.

Rooted in luscious elements of alt-pop, MADELEINE sculpts a soundscape rich with intricate harmonies and slick guitar solos. ‘Sleepy Weather’ kicks off this album with vibrant energy. From the opening guitar hook that bursts into action, MADELEINE sets the tone of the whole album. The melodies that sail over the acoustic instruments will take you back to the end credits of your favourite 2000s rom-com — in the absolute best way. ‘Starpower’ is another standout from this eclectic album. As she slows up the pace, MADELEINE showcases the captivating and powerful vocal tone that makes her such an exciting artist rising the ranks this year. There are some awesome moments of intricate production that elevate the whole vibe of the track. It’s always exciting when an artist uses the power of production to mirror the main lyrics. ‘Starpower’ does this in a way that is not at all in your face, but instead makes you want to hit play just one more time in case you missed something. The title track ‘Stoned & Bored’ is, by nature, a go-to track from this album. There are elements of Americana sewn into the sweet sonic landscape as MADELEINE offers up some powerful points on isolation, routine and navigating life. It’s a really catchy track, with a totally head-bangable bridge section. It’s going to be a real pleasure seeing this one live. ‘Bad For You’ wraps up ‘Stoned And Bored’ with an easier going air; it’s hard not to get swept up in the toe-tapping tempo of this track. Of course, MADELEINE’s vocals are both captivating and commanding from the opening line to the final harmony. In fact, MADELEINE’s understated yet undeniably unique and captivating tone is an absolute treat every single second of this outstanding album.

Listen to MADELEINE on SPOTIFY