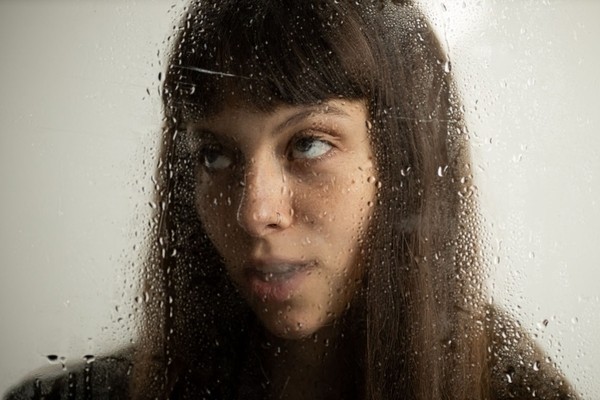 Isaac Abbey is a singer-songwriter from Los Angeles, California. Starting to write songs on his grandma’s old Washburn at the age of 14, he always dreamed of doing it for a living one day. Though he chose LA over Nashville, he never stopped being drawn to country music and ended up working with producers and musicians from Music City on his song “Glow”.

Kisskadee is the maximalist project of multi-instrumentalist Kasie Shahbaz. Her orchestral arrangements and strange time signatures are a breaking away from traditional songwriting limitations, while also maintaining a lyrical, folk like sensibility. Elements of psychedelia and ambient chaos litter the record, while detailed imagery ground the chaos with vivid detail.

Black Hole Era uses the birth and death of the universe as a chronological allegory for childhood through adulthood. The record tracks our expanding circle of relationships as we age; first with mother, then with siblings, then with lovers. However, like the cosmos, as this circle expands, it is also dying. The record stands witness to the loss of childlike safety and the lonely longing of adulthood.

Multi-Platinum rock artist Lukas Rossi releases “A Perfect World” the 1st in a series of singles to come!

This is just the start of many big things to come in 2022! Lukas co-wrote and is featured on “Neurotic” on the upcoming record “Explosions” by Three Days Grace, originated as a collaboration between Rossi and Neil Sanderson of the band for the side project King City in 2016.

«Waves describes the feeling of insecurity when you just question everything in a relationship. The song is meant to show what it means to be overwhelmed and to always have the impression of not being good enough for someone. You’ve trusted that person with everything, only to realize that you’re just a burden to him/her. Waves tries to deal with those feelings of insecurity by thinking about what it would be like to start over again.»

Sweden’s Moloken launch a music video for “Hollow Caress”. Released as a single from their 2020 studio album “Unveilance of Dark Matter”, “Hollow Caress” offers modern hardcore influenced metal combined with overloads of melodies and despair. The single is now available with a video, made by 3D artist Josefin Jonsson/ Pastelae. Besides the new video, Moloken also presents new shows in Scandinavia, dates below.

KEEPER E. RELEASES OFFICIAL VIDEO FOR HER SYNTH-DRIVEN SINGLE ‘THIS IS LIKE EVERYTHING’

Kirk Hammett of Metallica has released a first taste of his upcoming debut solo EP in the form of “High Plains Drifter.” The track opens the second side of Portals, Kirk’s four-song EP out April 23, 2022 via Blackened Recordings across digital platforms, on CD, and as a Record Store Day Exclusive Ocean Blue Vinyl EP (including a download card).

Hector Gachan is a Bosnian-Australian musician currently based in Edinburgh. His debut LP “Untitled ’91” released in the winter of 2017 cultivated a cult following from around the world. Since then he has gradually worked on his sophomore LP “Care 2 Share”. The eponymous track and second single of this album is out now via Nice Guys.

The critically-acclaimed Birmingham MC drops a formidable new heater, the foundations set by an explosive drill soundtrack combining deep woozy basslines and distorted piano keys — as he lays down some of the smoothest bars of 2022.

London 7-piece For Breakfast today release new single “Orfordness Lighthouse”, the second track to be lifted from new EP ‘Trapped in the Big Room’ out 20th May via Glasshouse Records. The new EP follows the band’s debut EP ‘Songs in the Key of O’, released in June 2020 to fervent praise from The Quietus, Loud and Quiet, So Young Magazine amongst others.

Frenetic art-rock quartet Gag Salon announce debut EP ‘Get A Load of This Guy’ for June 16th via Blitzcat Records. New single ‘My Gun’ out today.

Today, Britain’s most fiercely loved electro-romantics, Hot Chip, are pleased to confirm news of the eighth album Freakout/Release, due for release on August 19 via Domino. Freakout/Release is another dizzying high in a multi-decade career that’s seen Hot Chip continuing to innovate and develop a rich, resonant songcraft. And while they continue to operate at peak form, the album also feels like a new chapter for the group—a collection of flesh-and-blood songs that finds the band reaching into the darkness to emerge as a true creative unit, their gazes fixed positively on the future ahead.

TRUDY AND THE ROMANCE return with new single ‘Angel’

Audio Reign, in conjunction with MR Records, announces the worldwide release of the repackaged “International Deluxe Edition” of their self-titled album Audio Reign with a brand new single “Angel”. In addition, after a world premiere on BraveWords.com, the full length video for “Angel” is now available. Exclusive Magazine described “Angel” as “a truly authentic hard rock ballad.”

Momma Are Ready To Be A Household Name