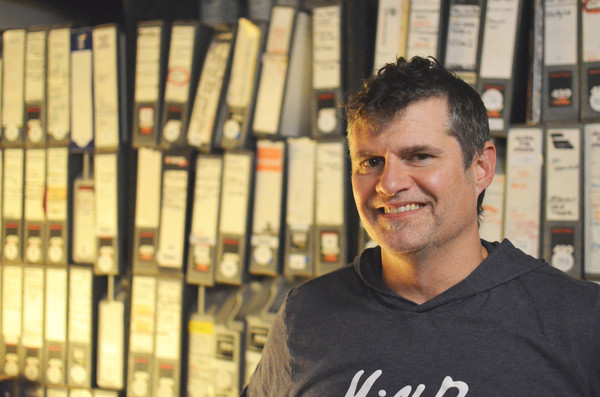 The engines of the current Philadelphia cultural renaissance are the recording studios and rock clubs in town. Foremost among these venues is MilkBoy, run by producer/engineer Tommy Joyner. Hosting and recording sessions for artists like Lana Del Ray, Fun, Miley Cyrus, and James Taylor, Joyner is a songwriter himself, and, surrounded by so much creativity and growth, it was inevitable that he’d eventually get around to recording his own music.

To nobody’s surprise, the music being created by Joyner is polished, tuneful, sharply composed, and wholly irresistible. His band PEP RALLY makes grown-up pop-rock of the best kind: immediate yet thoughtful, muscular but approachable, intelligent but always danceable, and ideal for offbeat stages like MilkBoy.

The first single from Pep Rally’s upcoming album is the anthemic “Turn The Radio Up (Own The Night),” featuring a winsome melody, some six-string crunch, sleek vocal harmonies, deft use of synthesizers, and a propulsive beat that underscores the song’s message of forward momentum and the importance of seizing the moment. Best of all, Joyner’s flexible vocals — sometimes sweetly sung, sometimes spoken, always clear, forthright, and engaging — reveal him to be a frontman with the charisma and appeal worthy of the Philadelphia indie scene he’s done so much to foster.

Joyner is a character in the “Turn The Radio Up (Own The Night)” clip — he’s an angel overseer, a force for creativity, encouraging his friends (a pair of impossibly endearing cheerleaders) to throw caution to the wind and express themselves fully. It’s not too far from his role as the head honcho at MilkBoy, a room that has made a thousand dreams of young aspirants come true. But Joyner isn’t the focus of the clip; neither, really, are the girls. The real star of the “Turn The Radio Up (Own The Night)” video is Philadelphia, captured in all the glory of its early autumn colors. The clip opens and closes with shots of the skyline from a park, and as we roll through its streets and view the Downtown from the Schuylkill River, the message is clear: this is the place to be, and Tommy Joyner is the perfect guide.