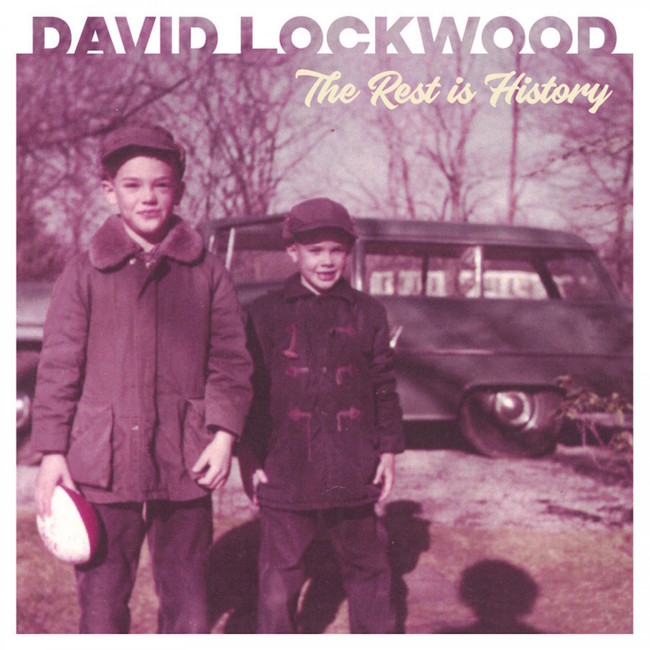 From the first listen of David Lockwood’s latest release, it’s easy to see why he chose the title ‘The Rest Is History’. There’s a sweeping nostalgia swimming throughout this whole album. The lifetime of memories and musical experience is felt from the first opening piano chord of the opener ‘Blue on Blue’. I suppose it’s no surprise from a musician who has studied at Berklee, performed with numerous different groups and been featured multiple times on WMUR’s New Hampshire Chronicle. What is a surprise is that ‘The Rest Is History’ was entirely recorded live-in-studio. It’s pretty rare to come across a track that’s hasn’t been click tracked in or recorded each part in as if it were a separate entity, let alone a whole album. But trust me when I say it makes all the difference to the sonic universe that David has created. It sews together the separate entities into an effortless fusion of melodies and tempos. Whilst there’s an array of genres within this album, the improvised air and conversational feel of the instruments reigns over any label I could stick on it.

From the opening track ‘Blue On Blue,’ you’d expect the album to be filled to the brim with piano ballads and tracks with a tempo for your slower, more sentimental days. Yet, David Lockwood has allowed this album to be a perfect mix of moods and temperaments. That’s where the lifetime of experience comes in. After the lusciously poetic lyrics and mesmerising piano motifs of ‘Blue on Blue’ we are swiftly sent into a bluesier realm with ‘Koko Sioux’. It would be a sin to not mention the captivatingly suave guitar solo from Kevin Barry in this track. It’s not overstated, nor lacking in excitement. It’s just very, very cool. In this track, Erica Leigh and Clare Maloney’s backing vocals are an absolute force to be reckoned with. They effortlessly elevate the track as they punctuate David’s melodies with some seriously satisfying harmonies. ‘More Brad’s is another example of the formidable force of female vocalists. Their harmonised hooks are a light, refreshing moment within the whole album. David Lockwood swiftly changes the sonic atmosphere once again with some stunning piano-led songs. ‘Still Alone’ is an utter standout. David Lockwood’s vocals melt like butter into the strident keys below; his voice was made for this kind of storytelling ballad track. There’s a raw, conversational realness to his tone. It is as comforting as it is captivating. With this sort of vocals soaring through each track, ‘The Rest Is History’ has the feel of opening an old book you used to love. Or hugging your relative you haven’t seen for a while. I would highly recommend ‘Find My Way’ to be hypnotised by the sheer presence and gravity of David Lockwood’s vocals. His depth of character and emotional range is an almost magnetic force in not only these two tracks but throughout the whole of ‘The Rest Is History’.

Listen to ‘The Rest Is History’ on SPOTIFY | BANDCAMP