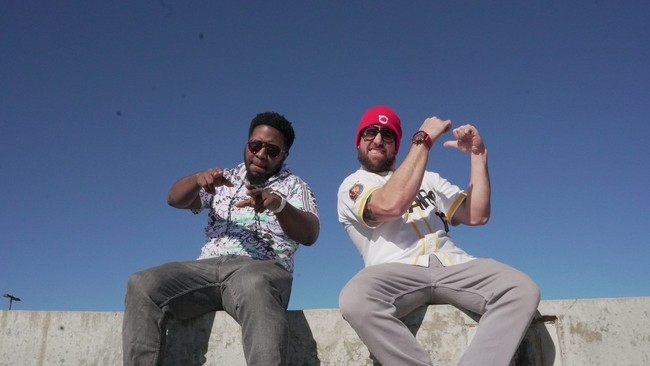 When Grizzly John and Lewis I Am teamed up in 2012, they didn’t realize it at the time, but they were ahead of the music game by a decade. The dynamic duo was fusing genres in a never-before-seen way. Whether it was melting together pop and indie or country with hip-hop, each new track pushed boundaries against the norm. Lewis I Am brings the grounded rap bars while Grizzly John uses his soulful voice to cut through the noise. The two are unstoppable in creating music with true intention and meaning, something that’s become lost in the saturated mainstream. AztroGrizz is ready to make an impression on fans of all genres.

AztroGrizz’s newest effort, “Man in Black,” catches you by surprise over and over again. It’s a sound you don’t hear much on the mainstream, a harmonious collaboration of calculated rap bars with a fresh country beat and chorus. It has the southern charm of acoustic guitars that meshes with a bass-heavy trap beat. It’s a heartfelt song about living – really living without overthinking it all. The music video follows a woman supporting her husband through illness until his very last breath. Grizzly John appears to be the reaper who brings the touch of death, while Lewis I Am is an angel to help guide the soul into the light. The video flashes between past and present, where a life filled with happiness has gone bleak with the loss of her love. It’s emotional, raw, and relatable, serving as a testament to the impeccable lyricism and storytelling AztroGrizz brings with each new track.