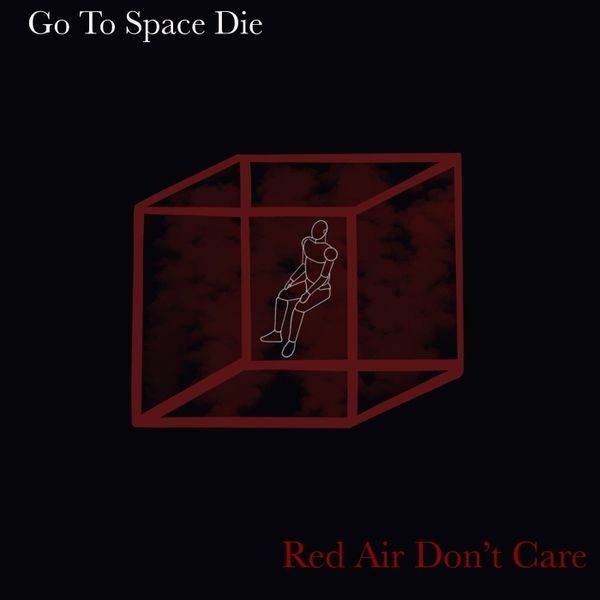 Go to Space Die’s Red Air Don’t Care boasts eight songs with the, unusual for the genre, distinction of being smart and emotional. It’s an “one-man-band” side project for longtime Murder by Death drummer Dagan Thogerson, but don’t confuse that classification for it being some sort of throwaway amusement. I knew after hearing this for the first time that Thogerson poured a great deal of time, attention, and hard work into making these eight tracks as compelling as possible and I’m happy to say he’s succeeded. He’s done it fueling each cut with equal parts thoughtful composition and impassioned yet skillful playing.

“Threes Away” gets things kicked off with the right amount of energy. I was taken immediately, as well, with the album’s sound – it’s modern while still casting at least a sideways glance to the past and the sleek guitar sound you hear here and on later songs gives Red Air Don’t Care an important sonic identity. “Air and Land”, the album’s second cut, represents the point where I believe the album begins in earnest. We hear Thogerson’s approach towards playing off different moods against one another and the dramatic progressive rock sound surges with energy. Its melodic strands help it stand out as well.

“Spring Ahead” is one of Red Air Don’t Care’s indisputable highlights. Much of the reason for this, in my opinion, is Thogerson’s melodic guitar playing. The execution is excellent, but his imagination for crafting such compelling parts certainly sets him apart from similar musicians and writers. “Queen D” is the album’s “ballad”, in a way, and his lead guitar puts an emphatic exclamation point on the performance. There’s nothing particularly complex about what he’s doing here, but his note selection and, most importantly, when to pull back, makes this track much more than it might have been in lesser hands. “Way Up” is another of the album’s peak moments thanks to its memorable mix of dynamics. His ability to build songs as sonic narratives rather than a collection of riffs is crucial for the song’s success.

“Rollaway” may get overlooked because it’s shorter than any of the other songs, but don’t let that fool you. It’s a condensed take on the vision we hear in the longer songs and, as such, generates unique energy in comparison. The penultimate track “Sheets” has some of the album’s best riffs and he shows great imagination applying different textures throughout the song. It keeps things fresh without ever seeming fake. It has a methodical yet powerful pace that gradually steamrolls listeners into submission.

“Jumpinthelake” gives us the sort of big finale the earlier seven songs hinted at. The song, in some ways, is an expansion on previously stated themes, but Go to Space Die utilizes enough variations to prevent things from falling into a rut. It reveals his ambition, as well. The thought of this being some sort of lark never crossed Dagan Thogerson’s mind. Red Air Don’t Care is an impressive musical work without a single dud and holds up under repeated listens.