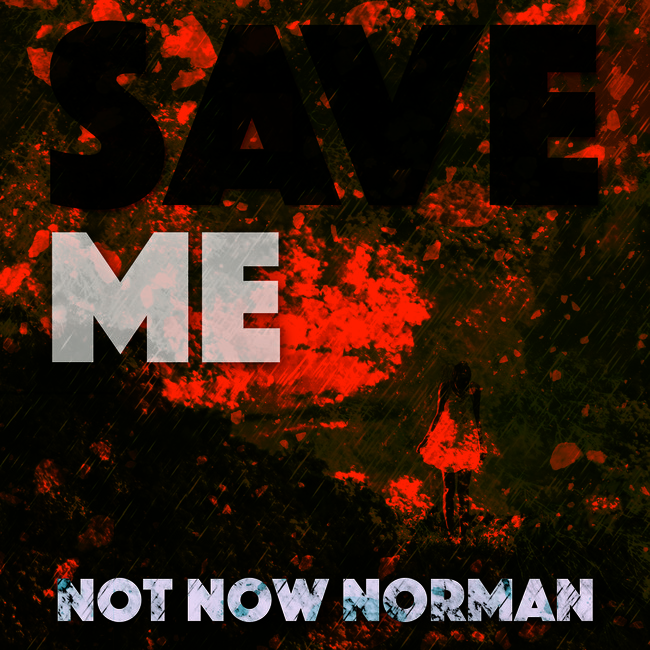 Every so often you come across a band that have absolutely nailed their sound. This month, that band is set to be Not Now Norman as they gear up to release their upcoming single ‘Save Me. As it comes off the back of their previous release ‘Little Cheryl’, the fiery four-piece are pushing the boat out even further on their heavy rock sound. It’s hard to pinpoint what it is exactly that makes ‘Save Me’ such a pivotal track for the group. Perhaps it’s the thicker distorted guitar chords undercutting the whole soundscape? Perhaps it’s the every changing rhythms running riot throughout the track or even the more sultry melodies from Taylor Mitchell? Perhaps it’s the combination of it all. Whatever the specifics are, the whole energy of this track is magnetic. Taylor Mitchell’s pipes were sculpted for tracks like this as her insane belt melts over the electric texture below. There’s not a moment where her performance prowess doesn’t hit the mark. Zander Brown’s guitar solo has all the hallmarks of a perfect rock solo. Sweeping sustains and intricate runs take centre stage for just a moment, then turn to counterbalance Taylor’s vocals. There’s a brief moment, where they duet and create a feast of musical fire towards the end of the track. Michael Brennan’s drum breaks create captivating transitions throughout the high energy atmosphere. His breaks keep the momentum throughout the track, which is impressive as it’s pretty full throttle to begin with. Along with the riotous rhythmic work from the whole group, he allows for slight shifts in energy to keep the spirit of the track growing. Lara Hindhaugh’s bass lines boom within the mix and balance out the otherwise higher ended soundscape nicely. ‘Save Me’ is a seriously strong single from this group as they delve into the heavier realms of rock in their sound. If you can’t get to one of their live shows any time soon, blasting ‘Save Me’ on its release on the 25th of this month might just do the trick.

Listen to Not Now Norman on SPOTIFY

‘Save Me’ is out on the 25TH OF FEBRUARY