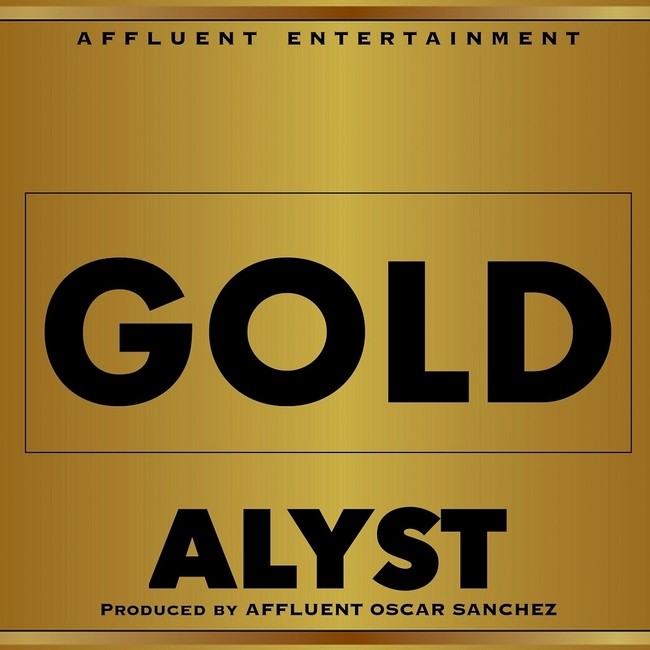 In what he likely hopes is a bit of foreshadowing, ALYST has released his newest single, “Gold.” ALYST is young and has a deep charisma that is unique unto himself. His music is perennial, and thanks to his artistic Soulmate, Oscar Sanchez, well layered. Originally from Kentucky, ALYST now prowls the urban jungle of New York City. He has a background in Tennis, and is in the relatively early stages of his music career.

As a standalone track, “Gold,” could at first be mistaken as ALYST’S attempt to pander to an assumed demographic. Truth be told, “Gold,” looks like a restaurant you’ve eaten at before, but the entrée can’t be denied. With such a declarative and direct title, “Gold,” would presumably have a lot to live up to. The good news is, that the track delivers on the promise of its lucrative name. We get all of the best qualities of ALYST, and even get introduced to some new ones.

“Gold,” melts through your earbuds like butter. It sets a soothing tone, musically, but ALYST keeps up the energy with his delivery of the verses. The primary chorus line is interspersed throughout the track, and ALYST is allowed to show off a bit more of his vocal range. In many ways, this track is modern Hip Hop 101. The vocals are tracked with trendy effects, and it finely blends, multiple moods.

Girl give me strength/that’s all I need. ALYST can take on the role of a zelig to some extent. He can veer from cool and detached, to warm and sentimental. The latter bodes well for him on “Gold,” as it seems to be a more natural state. This song would probably be difficult to deny if it were to be dedicated to someone. Its gentility and genuine sentiment is its most outstanding feature.

The mastering on “Gold” is something that every aspiring audio engineer should study. There are clever and idiosyncratic iotas, such as ALYST’S final word of every line, being deliberately obscured. While it can be frustrating for a reviewer, it’s likely fresh for others. Affluent Oscar Sanchez has proven to be a key figure in ALYST’S music career. Both have made herculean efforts to create an aspirational persona for the Rapper, and that goal is quite possibly, attainable.

“Gold,” could not have been more timely in the chronological progression of ALYST. In some cases, you will hear an artist release a song such as “Gold,” a bit too early in their tenure. They neglect to create the need for such a breather or a come down track, and set a potentially false precedent. Thanks to Sanchez, ALYST is right on track, no pun intended, to a more sedulous run. Where ALYST goes from here is anyone’s guess, but he’s succeeded in trusting his instincts, so far. It’s been said that the two G’s can be man’s downfall if he is to covet them; Gold and Glory. In ALYST’S case, “Gold,” may just be his corridor to glory.