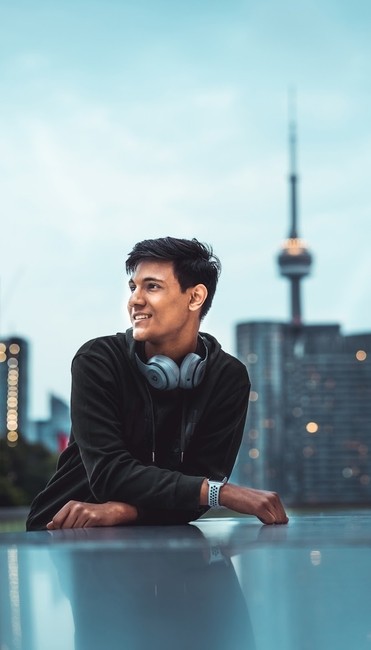 Of all the genres of popular music, EDM is the most democratizing and the most independent-minded. An EDM producer doesn’t need a band, a practice space, or a big outlay of money for amplification or transportation. All they need is a laptop, a pair of headphones, and a working Internet connection. Electronic music can be made by anybody, anywhere, and anytime, and as long as the beats are right, it’ll get played and appreciated. It doesn’t matter who you know or what you look like. You could be an old man or a young teenager.

Enter Maurya Sevak. The Canadian DJ and electronic music prodigy was only fourteen when he made his first recordings. Two years later, he’s still plenty young — but he’s already recognized by contemporaries and elders alike as an outstanding practitioner of the style. That’s because all of his experimentation is grounded in history and his deep knowledge of EDM. He was inspired to make music by the greats; his combination of respect for his predecessors and his fearless exploration of new sonic frontiers has made him a force indeed.

“See It” isn’t just the latest in a series of accomplished singles from Sevak. It’s also the fullest realization of the sound he’s been developing since he first sat down at a laptop to make electronic music. All of the hallmarks of his production are here: soulful vocals, thunderous bass, layers of glittering synthesizers, and beats equally suitable for the dancefloor and late-night solitary reveries. The many listeners who loved prior singles “Alleviate” and “In The Mirror” will agree that Sevak has never seemed more assured, or more masterful, or more tuneful.

He’s also gotten very good at underscoring the themes and feel of his recordings through audacious use of music videos. “See It” is his most elaborate clip yet: a romance with science-fiction overtones, spiked with some arresting images of mortal combat. Maurya Sevak plays an alien whose integration into human society is aided by a fetching young woman smitten with him. Yet, she doesn’t realize that Sevak’s character is pursued by a sword-wielding antagonist determined to cut his adversary down. The story comes to a climax in a car park where Sevak, driven to defend himself and his girlfriend, strikes back as hard as he can. After what she’s seen, will the relationship ever be the same?