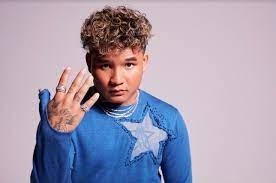 Like every other form of pop music trending on the planet right now, hip-hop has gone from a genre consisting of regional scenes and accented aesthetics to something too big to be broken up into different groups. The internationalization of a once insular underground circuit demands more color, more cultural diversity, and more intercontinental experimentation than previous generations knew how to cultivate. This is where players like Star 2 come into play. Star 2 was born in a Thai refugee camp after his family fled Myanmar, and has called San Diego home since childhood, and in his new single “Real Life,” he’s bringing something unique to the game that no other player in or outside of his community has: a personality undefined by cosmetics. “Real Life” showcases an artist with immense melodic potential, but moreover, it brings forth the best attributes this rapper has going for him at the moment.

Star 2 has seen plenty of strife in his lifetime, and overcoming obstacles is essentially the narrative of his powerful collaboration with Lil Poppa this season. On “Real Life,” they’re able to play off of each other’s ambitiously melodic method of delivery rather than developing something based on singularity. Blessed, I Guess and Love Story similarly trace their aesthetical roots to the proto-cloud rap that put surrealism on the hip-hop map some seven years ago, but their throwback themes only exist to showcase respect for history between these two rappers. Their visions are set equally on evolution and collaboration, setting them apart from most young players coming up in the game today.

The music video for “Real Life” immediately takes us to the fallout from the blast rather than the epicenter of the explosion, and the visual scheme at hand doesn’t create a narrative separate from that of the song itself. Star 2 has been refining his skills as a songwriter significantly in the past two years, and knowing that he’s representing one of the most under-promoted classes in all of hip-hop – Asian Americans – has likely put more than a reasonable amount of pressure on him to get everything right. You’ll never catch him sweating, though; from the first verse of “Real Life” to the final beat, swagger is at the foundation of all he has to offer the audience.

Ambitions are fodder for every profound release in hip-hop and beyond, and Star 2 is a rapper who is letting his dreams lead his professional campaign quite literally in 2021. There’s a lot of talk about the emo-style poeticisms melodic rap and indie trap artists are inviting into their work right now, but it isn’t until a player as talented as Star 2 comes up to the mic that we’re able to appreciate what such verses can do for an otherwise unapologetically hard-hitting and explicit genre of music. His is a story that’s constantly unfolding, and “Real Life” sees him adding yet another can’t-miss chapter beside an artist gunning for the spotlight as hard as he is.