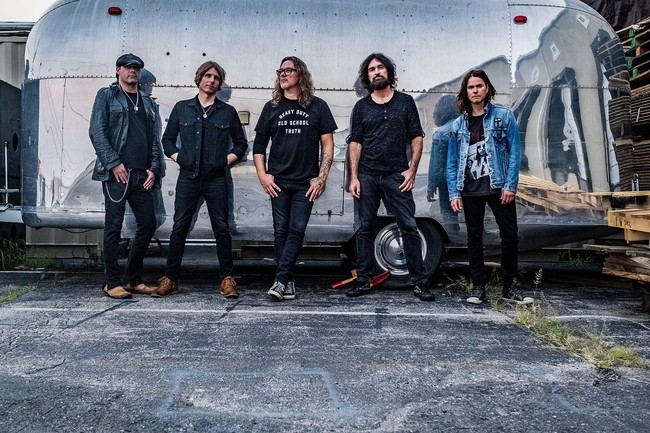 It’s no exaggeration to say that Candlebox helped shape the direction of contemporary music. The Seattle band was a part of a coterie of courageous Pacific Northwest artists that redefined the relationship between classic rock, metal, punk, blues, and experimental music, and struck a blow on behalf of creativity in the age-old battle between art and commerce. Like many of their grunge and alt-rock peers, they were rewarded with massive worldwide success: hit singles and albums (including their quadruple-platinum self-titled debut), global tours, and a permanent place in the hearts of millions. That’s a vital part of the Candlebox story, and always will be.

But it’s not the whole story. Candlebox is, justifiably, proud of their history, but they never set out to be part of a movement. This band has always been about songs — great ones, concise and powerful ones, hooky, indelible ones — that transcend time, place, and genre. That was true when “You,” “Far Behind,” and “Change” ruled the mainstream rock charts in the mid-1990s, and it remains true a quarter-century later. When Wolves, the seventh Candlebox full-length album, was released to accolades this summer, critics and music aficionados agreed that it felt like a perfect continuation of the band’s sound and aesthetic. It was an album loaded with irresistible tunes, played by a tight, undeniable rock band with real muscle and a great sense of drama and dynamics.

“Riptide” is the centerpiece of Wolves and a demonstration of everything that has made Candlebox a byword for great rock music for three decades. Emotionally engaging verses culminating in a singalong chorus, propulsive beats, dexterous guitar, and a magnetic performance by the irrepressible frontman Kevin Martin: it’s all here. The version of “Riptide” we’re sharing today is partially unplugged, but that doesn’t mean it’s any less powerful than the one on the album. Candlebox can generate the same sort of excitement with acoustic six-strings as they do at their thunderous live shows.

And if you’ve seen those shows, you know: Candlebox is a group that always drives the crowd into delirium. They wouldn’t have become the phenomenon they did if it wasn’t for their concerts, and the “Riptide” video puts those skills on display. The camera captures them in a studio and records the moment of re-imagining — an electrified stomper transformed into a showcase for Martin’s voice and the band’s impeccable songcraft. With every downstroke, strum, and harmony, they make their passion, imagination, and complete commitment evident.