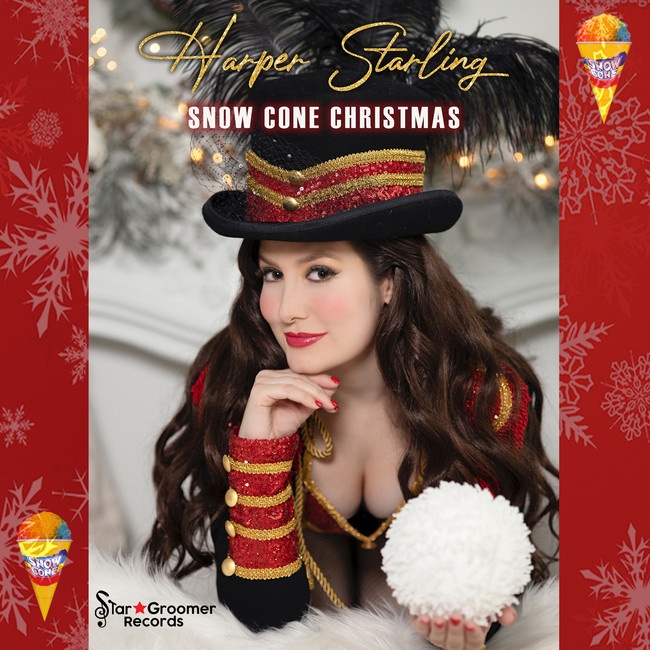 Sometimes you hear a voice that instantly draws you in, one that can fill a room with a feeling of warmth and happiness. Take a listen to any track by Harper Starling, and that’s exactly what you’ll find. The bold and proud Wisconsinite allows her friendly personality to shine through her sweet, melodic lyrics. What makes Harper Starling a fan favorite is her relatability. At heart, she’s a small-town girl that took a chance on her dreams and chased them to California. She has always remained true to who she is, proudly flaunting her Midwestern charm everywhere she goes. Her sheer drive and raw talent have allowed her to create whimsical pop tracks that have made chart-topping debuts, such as her song “Euphoria,” made in collaboration with The Perry Twins. Ready to keep that momentum going, Harper Starling is switching gears in her latest song, “Snow Cone Christmas,” just in time for the holiday season.

Ready to spread her Christmas cheer, Harper Starling belts out sugary sweet vocals in “Snow Cone Christmas.” The lyrics were written by Cindy Valentine and Harper Starling, and the song was produced by Cindy Valentine and Gemini Muziq. Harper’s excitement for the holidays is clear as day, with lyrics that speak to her countdown beginning as early as when the leaves start to fall. The music video (co-directed by Cindy Valentine) has Harper Starling decking out her home with Christmas decorations as she waits for her boyfriend to arrive dressed in a Santa costume. In a hilarious twist of events, the singer confuses real Santa with her boyfriend. The infectious chorus will be playing on repeat in your head, and the cheeky video sets the perfect tone for Christmastime.