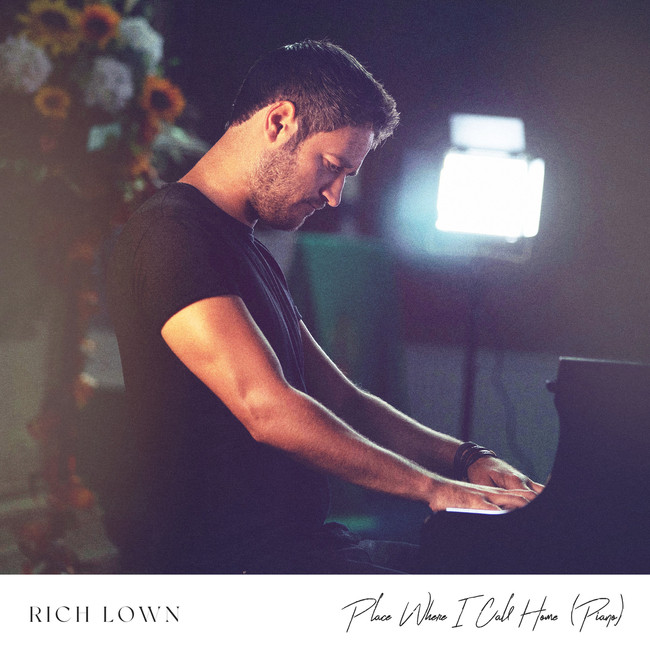 Sometimes, we are all searching for a place where we belong. Rich Lown has bottled that yearning for belonging and poured it into his recent single ‘A Place Where I Call Home’. Whilst it was first released as an impactful acoustic single, the track has found a newfound beauty in the form of a piano ballad. With one version of guitar and another on piano, this is the strongest release from Rich Lown to date. And that’s a tall ask from such an experienced artist. Having toured with Brit Award nominee Joan Armatrading, finished in the top 10 of ‘Open Mic UK,’ bagged a Top 20 iTunes album and an ‘Unsigned Music Awards’ nomination for ‘Best Solo Male’, Rich Lown knows how to write a hit. So, it’s no wonder that ‘A Place Where I Call Home’ is the breathtaking ballad it’s become.

Rich Lown never fails to bring emotion and this single is no different. With its themes rooted in the need to belong, ‘A Place To Call Home’ is the single set to pull at your heartstrings. We all have found ourselves lost, yearning for a place to belong, Rich Lown just gave us a reason to sing about it. His powerful performance presence swims through the soundscape, his smooth tone standing centre stage. The gentle chord progression and his astounding vocal tone marry perfectly. Moulding together, this match made in heaven effortlessly weaves within each other, allowing Rich’s vocals to rise and fall with the emotion of the words. Rich Lown’s artistry lies in his innate ability to allow emotion to flow within his work, he makes waves with each refrain and we listeners get pulled along with the tide. The accompanying video, showing Rich performing solo at his piano, emphasises the isolated atmosphere that the track invokes. ‘A Place To Call Home’ is an anthem for that ache of loneliness this winter and with such a passionate performance, perhaps that feeling can find its home within this single.