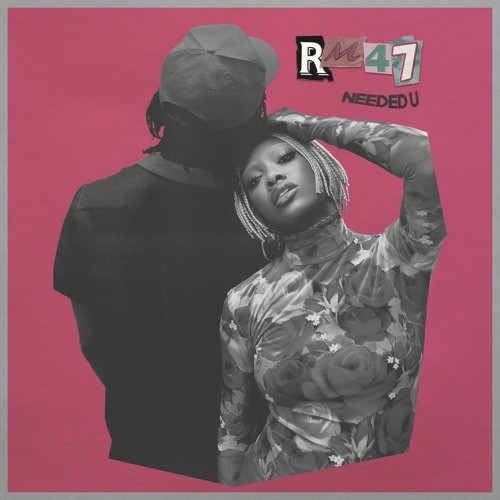 Fueled by an intrinsic creative connection, RM47 is a Los Angeles-based duo comprised of multi-hyphenate artists MAAD and Raleigh. Together, their shared experiences and respective areas of expertise both complement and challenge the other, allowing their collaborative process to be as organic as possible. Prior to formally writing music utilizing the RM47 moniker, MAAD, who balances creating as a recording artist, songwriter, DJ & model, has previously worked with Raleigh, a musician and vocalist whose expertise spans production and songwriting alike, on a number of projects together, including MAAD’s solo releases such as “Eventually Pt. 1” and EarlGréy’s “Overdue.” With their artistic partnership built on a strong foundation, the past year led them to discover new depths of their chemistry as collaborators, turning their home studio into a place for mental escapes that allowed them to create music that felt like a well-needed trip around the world.

Representative of a newly-paved conduit to nostalgia and the Alt-Electro-RnB space, RM47’s sound features soulful vocals over a sonic fusion of sultry guitars, hypnotic synths, the stuttering of jersey club beats, and the funky rhythms of Afrobeat. Their upcoming project, ‘Stuck with you.. But I like it,’ is a musical melting-pot that draws inspiration from New Jersey, Nigeria, Chicago, London, Toronto and Tanzania, capturing the essence of their own lived experiences and paying homage to where they come from. The dynamic duo is prepping to break new and exciting ground with a series of upcoming releases and live show experiences in 2022.

At the very beginning of “Needed U”, MAAD and Raleigh aren’t together. She’s in bed, in stockings and knee-high leather boots, in a red-tinted room that feels defiantly feminine; he’s straddling a motorbike in a chilly, blue-lit garage. They inhabit separate worlds with distinct aesthetics, and have distinct responsibilities and desires. But when they get together, the chemistry is immediately apparent. “Needed U” is a romantic song, but not an unvexed one: it’s a grown-up lover’s lament, a mutual protest, a pained conversation between partners who care deeply about each other but who’ve been letting each other down. The leather sofa in the living room is their common ground — a place of intimacy and communication, but also conflict. Sometimes they’re head to head, sometimes they’re arguing, sometimes they’re flirting, and sometimes, they’re just furious. But one thing is clear: they’re far too tangled up to say goodbye for good. The final shot of the clip for “Needed U,” the debut single from Alt-Electro-RnB duo RM47, consists of a single side-eyed look, cast by singer MAAD at her collaborator Raleigh, as they sit together in near-darkness on a sofa. They’re close, but they’re not touching. The glance she shoots his way is full of menace, accusation, longing, betrayal, distrust, and affection, all at once. It’s searing, and it’s the perfect punctuation for a video that announces RM47 as a coming force.