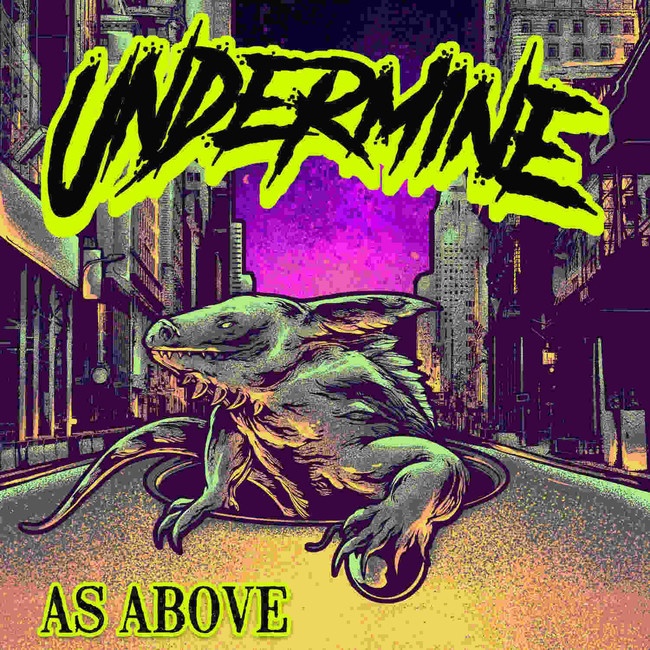 Austin’s Undermine is labeled cow punk on the group’s website. The term “cow punk” brings to mind old SoCal acts like Blood on the Saddle or Nashville’s Jason & the Scorchers. However, the act’s single, “Frost,” sounds like cow punk without the cow part.

This track jumps right off with charging guitar chords and equally charging vocals. In fact, the guitars are so loud, it’s difficult to make out what the band is singing or singing about. These musicians have day jobs working construction or in restaurants, existing among the less privileged set in Austin. The act points to influences like, The Disks, 13th-floor Elevators, Blaze, The Huns and Butthole Surfers, all legendary Texas acts. Cody Cassell leads Undermine. He’s described as “throwing intense Molotovs capable of exalting even the sleepiest of apathetic listeners.”

“Frost” is off Undermine’s album Lost Funerals, and is intended to remind the world that Austin, Texas can still rock hard. It sounds as though Cassell is singing, “I am addicted” during parts of this song. He sings it over a speedy, grungy groove.

Although you may not be able to figure out what Cassell is singing about, it’s obviously something that makes him loud and passionate. It’s a little like instrumental music. Instrumental music, of course, doesn’t contain any words. However, one knows by key structure, for instance, if it’s something happy or sad. Minor keys are nearly always sad, while major keys are usually happy. Then again, bands like The Cure have been known to put unhappy lyrics to major keys, which throws the whole theory off. But you see what I mean. Similarly, one need not know the words or even the language Cassell is using. His angry outburst singing, placed over surging, amplified guitar music speaks volumes.

Undermine doesn’t waste words, either, as this sonic blast is only 1:43 long. The band gets in, gets out and gets finished. The original punk rock music was a reaction to bloated, progressive rock & roll of the ‘70s. Remember all those boring drum solos? Or self-indulgent guitar noodling? Today, Undermine would be considered the anti-jam band. Jam bands tend to noodle for noodling’s sake. The more noodling, the better. We noodle therefore we are, might be a good slogan for this genre. Absolutely no noodling from Undermine, though. No soloing either. Every instrumental part is minimally placed to fit the tight structure of the song. One imagines “Frost” was tracked in one take, without a single overdub. Spontaneity is valued far above perfection. It’s like the difference between a prepared speech and a blurted-out opinion. Undermine is blurting it out, rough edges and all. It’s more important to get the words out quickly, than to somehow finesse them. Who has time to obsess over every detail when there is urgency involved? Undermine is an act that also values sonic intensity. This ain’t no laidback yacht rock, where wealthy, lazy sunbathers create the soundtrack for a terminal vacation. No, this is like a sudden musical news bulletin. Listen up!