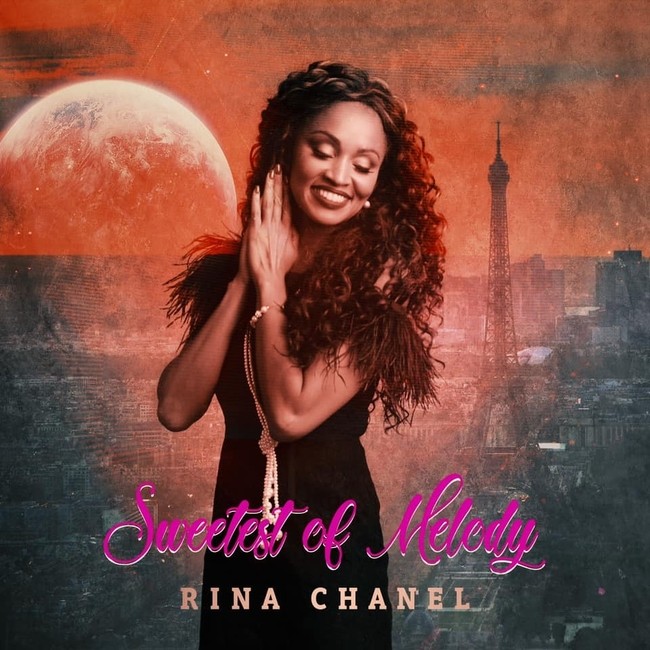 There’s just enough of a pressurized swell from the piano in the new single “Sweetest of Melody” for me to call the song the easiest-going of anything I’ve been listening to in the last few months, but you’re crazy if you think the performance Rina Chanel is giving here is solely about turning in a melodic piece of material.

She doesn’t care as much about making the platform look and sound as good as what’s occupying it, and with the right kind of guidance directing her away from the mundane parts of the pop music worth that most of us could lie without, and at the moment she’s got one of the best tracks of its kind to debut anywhere on the charts this autumn. Chanel’s aesthetics might owe a little more to R&B than they do pop, but if there’s something we’re to take away from what she does in “Sweetest of Melody,” it might as well be that aesthetical limitations don’t matter very much when you’ve got charisma and character that goes on for miles.

No matter which juncture of the song, from the beginning to the middle and the end, there’s scarcely a second of the running time that isn’t featuring Chanel’s voice front and center rather than dotting the backdrop. She doesn’t hold back behind the microphone, but certainly doesn’t go all brawn and no brains for “Sweetest of Melody;” instead, I think this is a good example of what you can do when you’re talented at your job – anything and everything you ever wanted to. Although there’s no taking away from the performance that I hear in this single, I wouldn’t say that the lyrics are as much of a throwaway as I might be used to. Truth be told, they’re one of the better warnings a man can have on either side of the border these days and based on how smoothly they go down with the setting, I don’t know that I would want anyone else tending bar for us other than the creative mastermind who is behind the development of this drink.

I didn’t know anything about Rina Chanel just a month ago, but I’m looking forward to finding out how her career is going to unfold and what it is we need to do for her to feel excited about taking over the game from the inside out. This artist has an amazingly down-to-earth kind of personality, and while I would imagine it being really interesting to hear what Chanel is able to do with a larger, more elaborate arrangement than what we’re actually listening to in this regulated radio rendition of “Sweetest of Melody.” Her voice is the key to what makes this song so much of a must-listen for audiophiles up and down the coast this autumn, and as long as she continues to train it the same way she has this whole time, this player is going to keep getting bigger and bigger than the scene she grew up in.