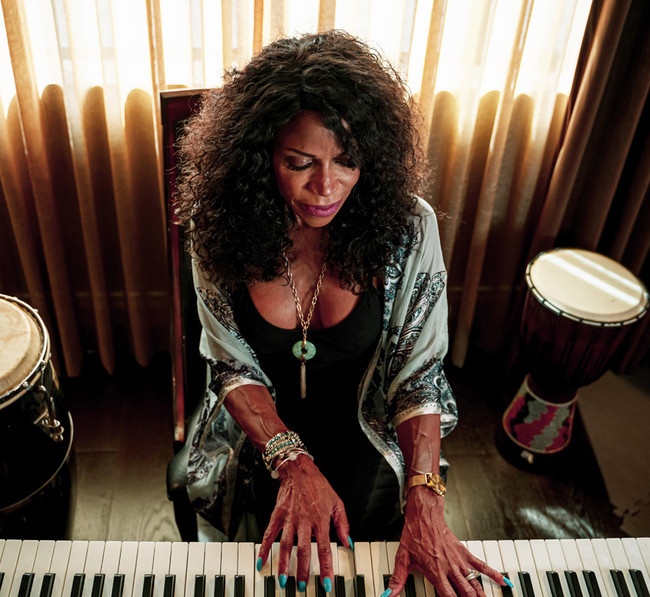 Sharon Hendrix’s life story is nothing short of remarkable. Her musical debut began by performing on the Ed Sullivan Show, then singing alongside Hall of Famers like Bob Dylan, Elton John, and Stevie Wonder, to spending decades touring with Barry Manilow as a supporting backup vocalist. Her whirlwind resume highlights her exceptionalism to thrive in a variety of different genres, from new wave pop to adult contemporary music. Now, Sharon Hendrix is ready to take center stage in exploring her musical artistry by pursuing her solo career. Songs like “Adaleigh” and “Believe and Become” are true testaments to her ability to spin together beautiful storytelling that seamlessly tie in with her warm, soulful vocals. In her latest track, “Love Ain’t Fair,” Sharon Hendrix takes a dip into contemporary R&B and pop.

Sharon Hendrix has a timeless voice that adapts to the culture of today. She brings in intoxicating lyrics that melt into the electronic saturated R&B beat. Her rich voice speaks to the hurricane of emotions that come with falling out of love. Themes of deception and heartbreak linger in “Love Ain’t Fair,” proving that intimacy and romance is a game where someone is bound to get hurt. The music video takes the message one step further, unveiling a raw look at relationships and challenges to make it all work out. The stunning visuals show couples fighting, separating, and coming back together to depict both the highs and the deepest of lows that come with love. As the song reaches a climax, Sharon Hendrix breaks out into thundering vocals that slice through the instrumentals, evoking fiery passion that leaves the listener wanting more.