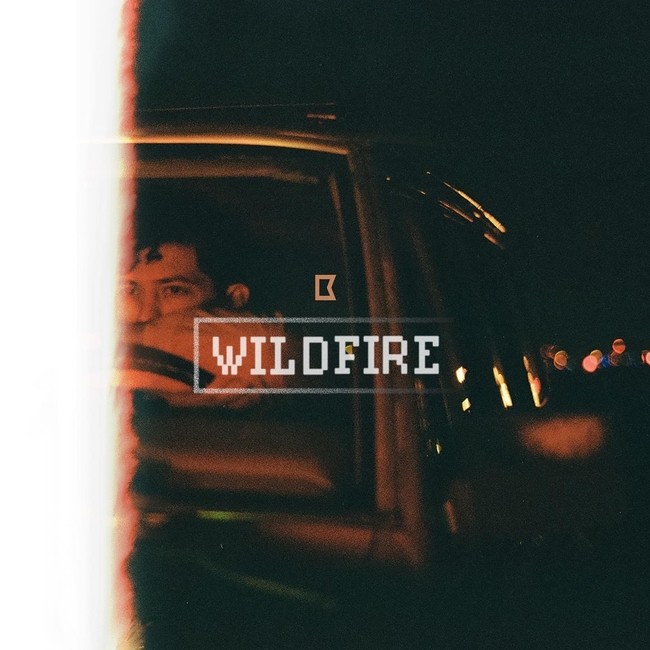 Bo Baskoro’s latest EP release Wildfire accomplishes more in six tracks than many of his contemporaries and peers achieve in two albums. Portland, Orgeon’s Baskoro debuted in 2016 and has released several singles and EP’s since then with clear growth defining each new outing. Wildfire hews close to many of his long-established songwriting and performing strengths, namely his emotive capacity and melodic inventiveness, while still striking out for new territory. He opens new vistas in his work dwarfing his past victories. That is no mean feat, even for a young singer/songwriter at the beginning of their career.

His airy and expansive brand of pop rock has light progressive overtones. Songs such as the first one “Every Memory” have clearly defined “movements” and the skillful construction heard during the kickoff is a staple of Baskoro’s work. The vast majority of his music embraces electronic instruments rather than traditional, so grounding our listening experience with familiar “changes” is critical to the EP’s success.

It is clear why Baskoro selected “The Color Blue” as a single. It opens with what sounds the clicking of a movie projector; it’s appropriate given the colorful arrangement driving the song. Its melodic virtues are much more pronounced when compared to the somewhat nebulous “Every Memory”. It is an ideal length for a single as well. “Love You Now” opens with some tense guitar picking and Baskoro’s voice. He adds one element after another, patiently expanding the song’s sonic purview, until it takes off at a full trot. It is one of the album’s most rousing entries and its surging vitality sweetens the regret occasionally creeping through.

“Close Enough” has more physicality than many of its counterparts. The fat heartbeat in the song’s center gives you a solid foundation to latch onto without ever flattening you. It’s rather amazing to hear how much Baskoro has refined his performing instincts in the five years since he first hit. His vocal and songwriting alike smack of a veteran artist rather than someone still developing and so young.

“3:18pm” mixes new elements into his dependable stew. We hear a female voice throughout the track, but you can still come away from this track thoroughly pleased even if you don’t pay attention to her spoken word performance. It isn’t distracting. There’s really no other track like it on Wildfire, but never moves outside of Baskoro’s wheelhouse. “Wildfire” is the emphatic final statement that attentive listeners will expect, but the same artistry present in the preceding five tracks never wavers. The singing is its crowning touch; he puts a great deal of himself into the song and a feeling of emotional stakes pervades the entire track.

It solidifies Bo Baskoro’s position as one of the most talented indie singer/songwriters working today. His indie status is merely a formality at this point. It is clear that Baskoro is destined for a higher stratum than he currently inhabits and there’s a good chance that Wildfire may be the ticket giving him entrance into rarefied air.