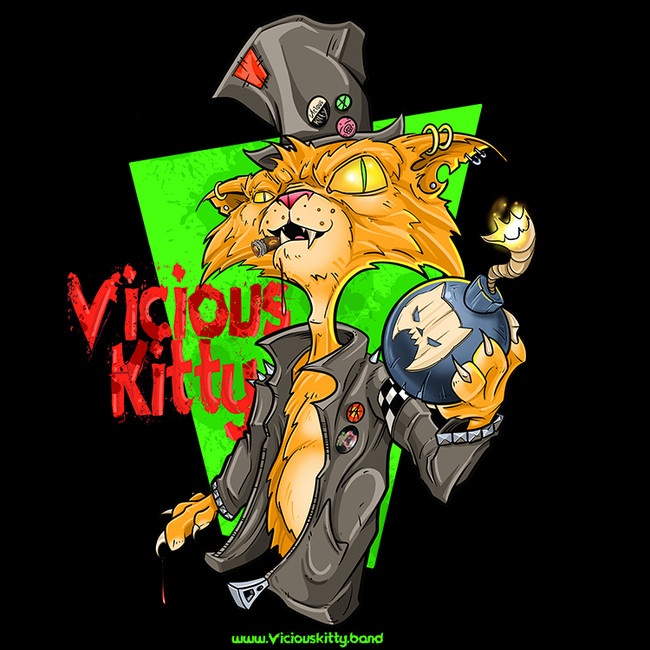 Vicious Kitty isn’t slothful in their presentation of a sludgy riff at the start of their new single “Mr. Darkness,” but it can be said that they’re taking their time letting all of the distortion ooze out of the amplifiers in the most Seattle way possible. Back in the day, when the likes of Tad and the Melvins were making grunge that sounded way heavier than it did punky, this kind of molten hot riffing set to moderate, My War-style grooves was the standard, and while the narrative has changed for the contemporary northwest rock underground as we know it today, there’s something eternally sexy about the way this sound comes together naturally for players who know how to cultivate it. “Mr. Darkness” is a tribute to the past, but it’s also a nod to the future in more ways than one.

The presence of the melodies in this single is absolutely electrifying, and I think that were the song not mixed with as much focus on the relationship between guitar and vocal as it was, the hook might not have been able to swing at us with the kind of intensity it does at the climax of the track. There’s no devaluing the importance of timing in a performance like this one, and even if “Mr. Darkness” takes a couple of cues from the old guard in this genre, it also gives us a pretty good reminder as to what matters in rock n’ roll no matter the era we’re talking about – discipline, decadence, and deafening volume.

Tone is a key component of what makes this band’s sound feel as warm and inviting as it does, and there’s no denying that everything from the strings to the percussion has a throbbing pulse that keeps every part of the music feeling vital and alive with charisma. You can’t go cheap and cut corners with production quality if you want to really impose your sonic prowess on the audience, and somehow Vicious Kitty finds a way to spare no expense in terms of quality while still giving up a pretty DIY, unfanciful product at the end of the day in “Mr. Darkness.” Organic rock counts for a lot more than the poser beats ever will, and this is one group that knows it.

If what I’m listening to in “Mr. Darkness” this fall is a sample of what these rockers are still going to be making into the next couple of years, their story is one that isn’t going to remain relegated to the Emerald City underground for very long. There’s too much soul, too much investment in the actual medium here for me to think that the kind of rock n’ roll energy Vicious Kitty are all about in “Mr. Darkness” wouldn’t spread like wildfire in the right setting, and judging from the critical reception it’s getting so far, they’ve already got the right kind of kindling to make a big impact well outside of the scene where they developed their sound.