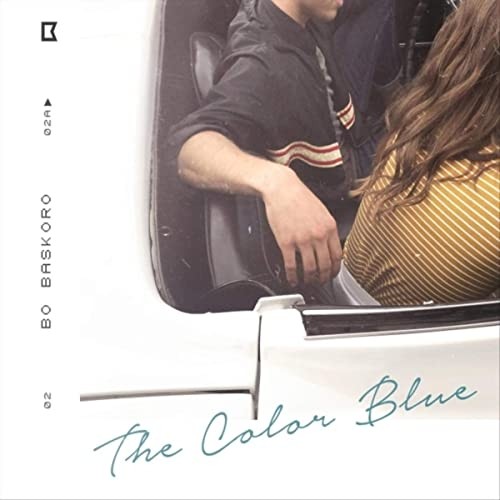 Bo Baskoro’s “The Color Blue” is the sort of romantic-themed pop once prevalent on radio and prominently featured in films and television shows. We live in a much rougher age, however, coarsened with cynicism, and the audience for this sort of idealism is seemingly smaller than ever before. Tastemakers for modern music are remiss for believing songs such as “The Color Blue” no longer possess the necessary mass appeal to build careers and bring joy to large audiences. Portland, Oregon’s Bo Baskoro has released several popular indie tracks and garnered a sizable Spotify audience with over two million streams, but “The Color Blue” promises to catapult his career to another level.

If you are a newcomer and like what you hear, welcome to the ride. Baskoro has the talent to stride across the global stage and his voice is why. Many ingredients come together to define its power, but his restraint is first among them. He has the obvious power to dominate a performance but, instead, often coaxes the words out for listeners, pushes other lines and verses with ample power, and knows when to show appropriate respect to the song’s emotional weather. He never allows his singing to become overwrought.

It’s easy to hear how he’s accumulated so many Spotify streams. His personality shines through as well, full of heart, and welcoming to all listeners. Charisma is often the final thing that distinguishes one great vocal from another and there’s an abundance of it during “The Color Blue”. There’s a good balance between the vocals and music as well.

Baskoro could have likely gotten away with a serviceable arrangement alone for this song. Instead, his aspirations for the music are as high as those for the singing and the synthesis of guitar, percussion, and synthesizers cohere into a full-bodied composition. The guitar, especially, is a critical addition to the song. It is far from omnipresent but leaves a memorable mark.

“The Color Blue” has an intensely physical presence. This isn’t a song that takes half-measures in its efforts to impress listeners. Bo Baskoro and his collaborators labored hard to create a full 360-degree musical experience that even inspires you to come back to the song and their hard work pays off with arguably Baskoro’s finest recording yet, but you’ll ultimately have to be the judge of that.

There’s more like this and better coming. This performance inspires nothing but confidence that Baskoro’s future work will either match its quality or else go far past it. He’s a consummate singer and entertainer, an unique combination in a world where there’s a lack of the former, and his unerring instincts lead “The Color Blue” with self-assurance you cannot teach. Longtime Baskoro fans will rejoice in this latest single while those hearing him for the first time will likely follow him from this point forward. They’re putting themselves in good hands. His aforementioned instincts draw you in to listen and hold your attention throughout the song. It’s well worth anyone’s time and money.