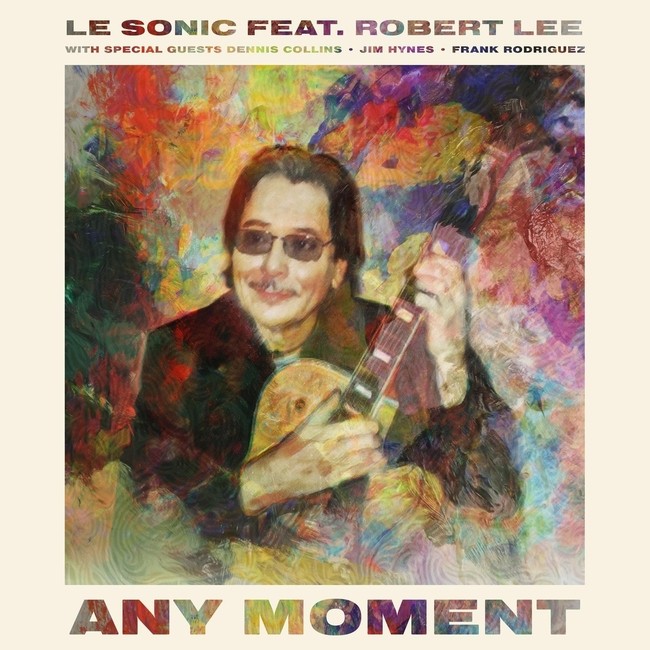 Every so often, the music world shines its light on a brand-new music group, and the rest of the world can’t help but be drawn to them. Lately, these magical music groups have been popping out of the woodwork, and it’s hard to keep up. Among those countless music groups is one that truly stands out, Le Sonic. Le Sonic is a production team built on a foundation of musical creativity and modern technology that presents the creative vision of Mike Rogers and Gary Lefkowith.

Le Sonic has two beginnings. One in high school, where Mike played drums in the elite NYC jazz program, Talent Unlimited, and met jazz greats like Dizzy Gillespie, Wayne Shorter, Lenny White, Chick Correa, and Joanne Brackeen. The other beginning was at Berklee College of Music, where Gary had “the best guitar lesson ever” from the legendary William G. Leavitt, who wrote Modern Method for Guitar, considered the Bible of guitar instruction.

Le Sonic’s new release, “Any Moment,” features Bobby Banderrama (AKA Robert Lee), a founding member and lead guitarist of the legendary ’60s garage rock band,? (Question Mark) & The Mysterians, who set the template for all the bands of that genre who followed in the ’70s. Their #1 hit “96 Tears” is among Rolling Stone’s 500 Greatest Songs of All Time. Bobby has also had a Top 30 Billboard Hit at Smooth Jazz, with his recording of “Happy&Go Lucky.” Other musicians on the track include vocalist Dennis Collis, who’s worked with some of the biggest names in music (Roberta Flack, David Bowie, Billy Joel, James Ingram, Al Green, Rick Ocasek, George Benson, and Bob Dylan); Jim Hynes, one of the most versatile and sought-after trumpet players in New York (heard on many TV themes including CBS This Morning, NBC Sunday Night Football, Masterpiece Theater, and the CBS Evening News); Frank Rodriguez, who is an original member of ? & The Mysterians, and is responsible for the signature keyboard part in “96 Tears.”

Since its release, “Any Moment” has received critical acclaim that has been swift and widespread. Popoff says, “With ‘Any Moment,’ Le Sonic offers one of the most eloquent and polished jazz songs of the year. Don’t miss this one.” Other reviews paint a similar picture: Music Existence says, “This is pure jazz through and through, but there are shades of progressive pop songcraft that one might not associate with the purist realm in this genre.” Beachsloth says, “Le Sonic goes for a silky-smooth jazz cadence on ‘Any Moment (feat. Robert Lee)’. The piece has a grandeur to it, textures are wonderful, and there is a beauty to it all.” An anonymous reviewer also said that “‘Any Moment’ is that spark of creativity in jazz improvisation or any true art form, that is spontaneous and naturally intersects with the highest level of spirituality. Always a cosmic puzzle as to how it occurs, but the hope is that the following moment can benefit all of woman and mankind.”

The inspiration for the “Any Moment” video came from Gary’s first-year ear training teacher at Berklee, Les Harris. Les always said, “I wish jazz were played outside in the daylight, instead of just in the clubs at night, and without alcohol.” The video for “Any Moment” is as simple as it gets, with an undeniable aura of sophistication. The Felliniesque texture is a result of Nigham Bhandahari’s production and direction. The entire video is shot in black and white with slow sweeping angles of a party that seems to be one any music lover would enjoy. As the music plays, we see young people swaying and dancing to the bellowing song. The lights from the stage flood the room with white light, while silver pieces of confetti float down from the ceiling above. Shots of Robert Lee are interspersed throughout.