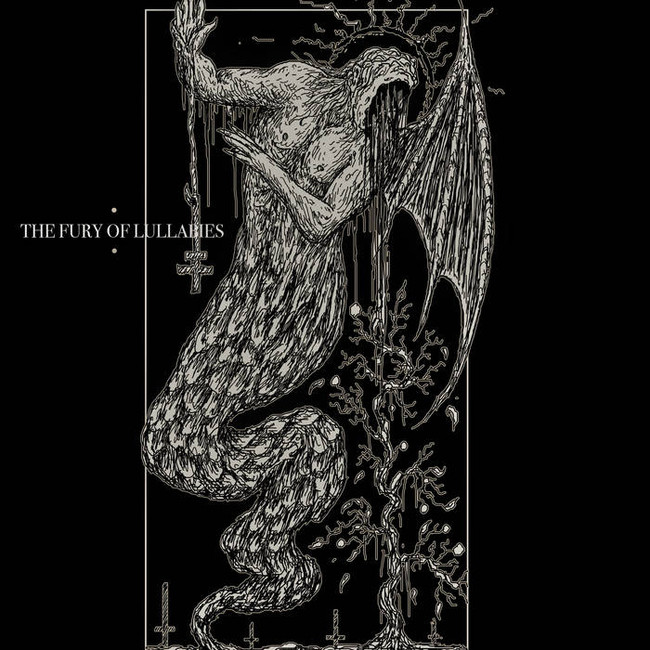 Gorazde describes its The Fury of Lullabies album as examining “the notion of shadow archetypes and their assimilation into conscious reality; the human condition fully realized is ultimately and equilibration of opposites.” To describe this music as conceptual, is an understatement. It’s heady stuff, but still well worth the exploration.

The act began as a one-man-band by Jeremy Moore. Based in Washington, D.C., Moore started out with demo records around 2005. The listener can hear influences like Danzig, The Cult and Joy Division. There are also traces of Gothic dance music, as well. He describes the evolution of his music as a mixture of “post-punk, folk, and bleak neo-psychedelia.”

The most obvious Ian Curtis (of Joy Division) comparison is drawn from Moore’s vocals, which are nearly as musically deadpan as Curtis’s were back when he was still alive and creating music in Manchester, England. Sonically, these tracks are far more guitar-oriented than the off-kilter keyboards oftentimes heard on Joy Division records and especially New Order tracks. One called “Kiss The Murderous Beak” (which doesn’t sound romantic at all) includes plenty of dissonant electric guitar parts running through it.

Lyrically, it’s difficult to make out what Moore is singing about. For starters, his vocals are way down in the mix, to the point that one cannot even comprehend the different words he’s singing. Then, titles like “Incubavit” and “Orison” seem to be intentionally vague. With that said, though, the aforementioned “Incubavit” is one of the first songs on a 14-song project to feature a driving groove. This ain’t no disco groove, mind you. Don’t get crazy! Nevertheless, it is more musical than many others that come before it or after it.

Like Joy Division’s Ian Curtis before him, Moore is not the most optimistic person. In the album notes, Moore writes about “Ignorance, the viral spread of misinformation, spoon-fed religious doctrine distorted by the morally bankrupt – all have helped to fabricate a belief system that celebrates apathy and detachment from the universe’s high vibrations.”

However, one has to question if Gorazde is putting out any of these so called “higher vibrations.” Instead, these lyrics sound like the rantings and ravings of one that has long since given up on discovering any of life’s better reasons for living. Moore is more about groveling in the darkness, instead of pointing toward the light. Or so it seems.

At fourteen tracks in length, with many clocking in at over four minutes, The Fury of Lullabies is a whole lot to take in at one listening. You really need to be in the mood for it. You won’t find yourself singing these words or humming these melodies, unless you’re on the exact same sonic plane as Moore. Much of this music may make you hearken back to the much more melodic Gothic sounds of Sisters of Mercy and The Cure. Hey, even if these noisy works featured driving beats, they might be a little more palatable. In other words, this music isn’t for everyone. Then again, Gothic sounds wouldn’t still be an active genre today, if there weren’t still many people walking around in black clothing on hot summer days. Enter at your own risk. Enter if you dare.

This is mighty dark stuff.