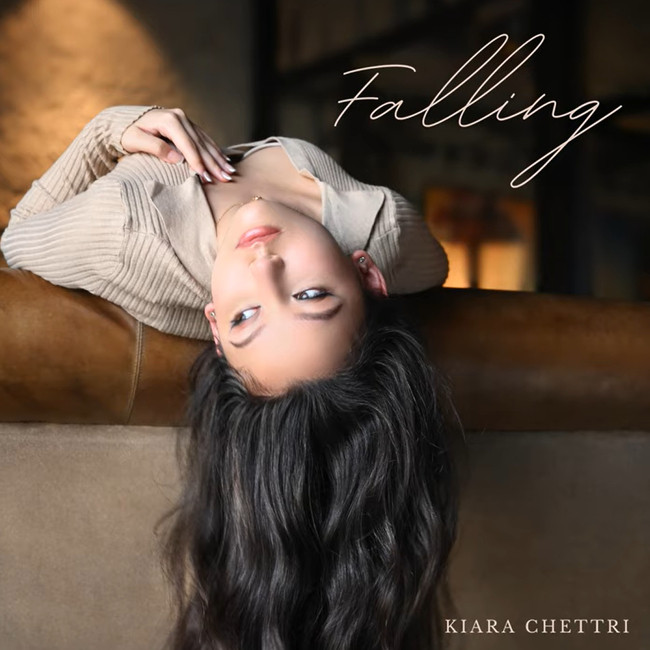 For more cynical audiences, it would be easy to write off a talented, yet recycled singer, Kiara Chettri, as just another Pop creation. However, with her new single, “Falling,” she isn’t taking an entirely conventional approach. Kiara Chettri recently appeared on the cover of Rolling Stone India, which of course is her native country. At only 17 years old, she looks poised to be a breakout star in the coming year, with crossover potential . On “Falling,” we get a clearer idea of whether or not her music, justifies such a propulsion.

“Falling,” has something of timelessness to it, and in other ways, even a throwback feel. It would have been a suitable addition to the soundtrack of a 1980’s John Candy film, or something of that ilk. It could even be a nice backdrop to a cozy Christmas morning, ironically enough. Whatever the case, “Falling” is a walking ballad, that could have a duel meaning. It could be about falling in love, but it’s more likely about falling out of love.

The self-assuredness that Chettri approaches her performance on this piece with, is overwhelmingly transparent. One look at her official website, which is her Instagram page, you see that she is coeval to her generation. While she walks the tightrope of supererogation with her vocal take on “Falling,” she never quite tumbles. She stops just short of attacking her choruses, but certainly lets them know who’s boss. With an artist such as Chettri, there’s no denying her vocal abilities, as it’s almost a foregone conclusion of sorts.

Kiara has listed Taylor Swift, among others, as an influence, and after hearing “Falling,” you may hear snippets of Swift, but not much more. You can draw a line to several other singers from Kiara, but truth be told, she has a vibe, all her own on “Falling.” It would be more remarkable that Chettri is only 17, if it weren’t so trivial, nowadays. The idea of teen sensations is of course not merely, a staple of modernity. In a landscape that is becoming increasingly more difficult to stand out, even prodigal attributes are now commonplace.

When asked about her goals and ambitions, which is honestly an intrusive question in the first place, Chettri says she simply want a successful career. It’s that type of purity of intent, that many of us miss the most about youth. It’s a time in which you not only believe anything is possible, you believe it’s inevitable. With her entire life and career, ahead of her, Kiara Chettri is already producing outstanding work with songs like “Falling.” The mix is top notch, the writing is simple, but optimal, and Chettri delivers a virtually flawless vocal. Even those with musical prejudice, or elitist tendencies, won’t be able to find much fault with “Falling.”

Kiara Chettri is a name that you could be hearing more of in the future. A track like “Falling,” probably won’t go on to become quintessential, but it is rather pivotal. It creates depth and range in Chettri’s catalog, which is paramount for an artist, like her. While Chettri’s dreams are hovering overhead, her arms seem long enough to reach the sky. For now, the question is whether or not, falling, is or isn’t, an option.

The music of Kiara Chettri has been heard all over the world in partnership with the radio plugging services offered by Musik and Film Radio Promotions Division.  Learn more https://musikandfilm.com