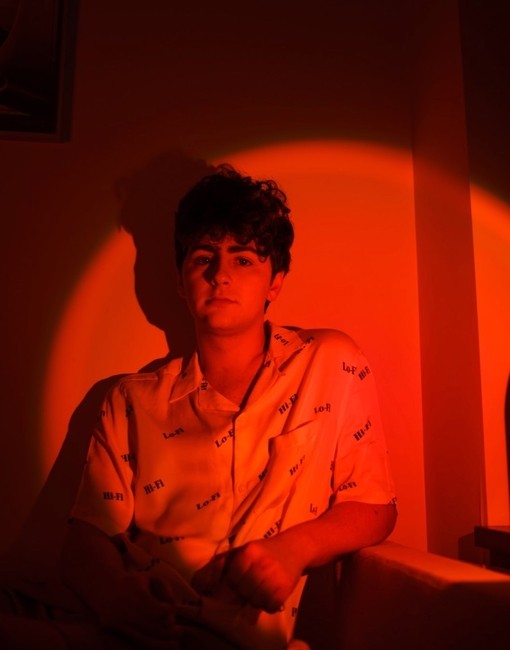 Mastering your craft – especially something that demands experienced songwriting, like alternative rock – can take decades. But at only 19 years old, Chris Mardini is bringing complex, self-reflective music that proves age has nothing to do with raw talent. The musician has been making waves since he was a child: covering The Beatles at legendary venues like The Bitter End to collaborating with Grammy-winning creatives like producer Marc Swersky. The singer/songwriter melds themes of social commentary, alienation, and self-sabotage to string them into poetic works of art that resonate with any young adult. Chris Mardini writes with intention and intricacy that serve as his emotional liberation. The inspiration for his songs is pulled right from the heart of New York City, capturing the moody atmosphere and grittiness found along every street corner. In creating his latest album, his exposure to artists from all genres has heavily influenced his experimental style. From ambitiously fusing elements of punk with hip-hop and psychedelia to emotionally saturated tracks, Chris Mardini is bringing an out-of-the-box approach to the music scene.

The album opens up with an examination of self-doubt and judgment with the track “I’ll Try,” in the vein of Nirvana. The deep guitar strums and soul-hitting drum beat breathe life into the grungy, introspective melodies. The music video takes on a graffiti aesthetic and is a fly-through of a decaying and abandoned building with lyrics sprawled across the walls in red paint. There’s something unsettling about the isolated location in conjunction with the tone of the song that keeps you locked in. The video is elevated with smooth camera movements and color-grading layered with performance footage of Chris Mardini on stage. It’s a hauntingly beautiful video that encompasses the song and its message.