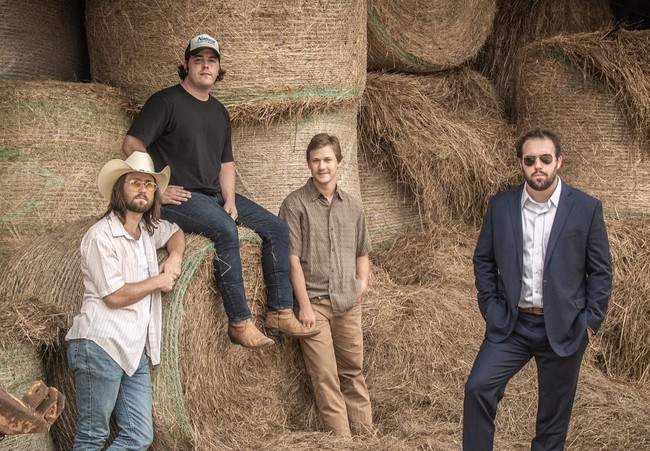 1. First off, tell us a bit about yourselves. Who and what are the band we know as The Brothers Gillespie?

TBG: A motley crew for sure, but that name was already taken, and since we have trouble agreeing on most things we decided the best name was the one we already had. We’re Aaron, Davis, and Clay, three brothers from the mountains of North Carolina, joined by long time friends Zack Edwards and Chance Kuehn. Davis is the singer and primary songwriter behind the band, Aaron and Chance play electric guitar and a whole slew of different instruments, and Zack and Clay are the mighty rhythm section, bass and drums respectively, without whom we would be totally lost.

2. What’s the journey been like from what you started as a band to now?

TBG: We’ve been musical all our whole lives but never had the thought to put a band together until several years ago. It was in 2018 that we really decided to get things going and recorded our first EP and moved to Johnson City, Tennessee for a year to set up a “home base” while our youngest brother, Clay, was still in school. We told ourselves we would give it a year and if at the end of that year we didn’t make any progress and just sat around eating Pal’s Burgers and drinking, we would give it up and move on. That first year was actually awesome, we played a ton of shows, recorded our first album, “Love & Death”, and toured most of the South East. We were gearing up for a huge second year in 2020 when Covid hit. Being so young of a band that definitely set us back quite a bit in some regards, but on the positive side it’s given us time to write and start recording this next album and explore other avenues of media and performance.

3. Let’s hear about your latest single, “The Night I Shot the Lights”. It’s got an inviting, raw feel and a down-home vibe . What’s the backstory behind this song and some of the message you wanted the audience to draw from it?

TBG: The song is about making stupid decisions and then having to deal with consequences of your own stupidity. The song was written after a night of drinking and debauchery Davis had in college. Without incriminating him or anyone else too much, a Red Ryder BB gun was given its due use against some extra bright flood lights, and much much more.

4. I understand you’re working on a new album right now. Anything you’re able to share with us about those songs and what we might expect?

TBG: It will be different in some regards from our previous releases. Definitely a longer release as we’re shooting for 16 songs. We have about 24 songs tracked out right now and we’ll choose the best from that. We’ve had a whole year to write and listen and play and experiment, so there’s going to be a lot of fun and different elements on the record. We all have such different influences and up until now it’s been kind of a puzzle trying to figure out how to get them all to fit together, but with all the down time I think we’ve finally cracked it. We have a couple songs where we’re running a banjo through a fuzz pedal a la Neutral Milk Hotel, blowing through Topo Chico bottles in an interlude, and some songs where it’s just vocals and somber piano. Like I said, we’ve had a year to mess around! We’ll be releasing a single fairly soon, so that’s something to keep an eye out for.

5. I’m sure 2020, and probably much of 2021, was a bit of down time for you as far as touring like it was for everyone else. But when can we expect to see The Brothers Gillespie back on stage? Any upcoming shows we should know about?

TBG: We’ve had a couple shows sprinkled throughout the year, recently we just played The Grey Eagle in Asheville which was a blast. We have Oktoberfest at Lazy Hiker in Franklin and our annual Christmas Eve Eve Eve show in our hometown of Waynesville, but outside of that we’re really just focusing on this album. We want to take our time and make sure that we squeeze every last drop we can out of these songs before we send it out, so with over 20 songs tracked you can imagine that’s got us pretty busy. It really is a tough time to be playing tons of shows. Don’t get me wrong there are bands out there going strong right now, but with so much uncertainty we’re fine with playing live here and there and shifting into album mode mostly.

TBG: Follow us on Spotify, Instagram, and Facebook @thebrothersgillespie to check out more of our music and keep your eyes out for single releases and videos coming soon!