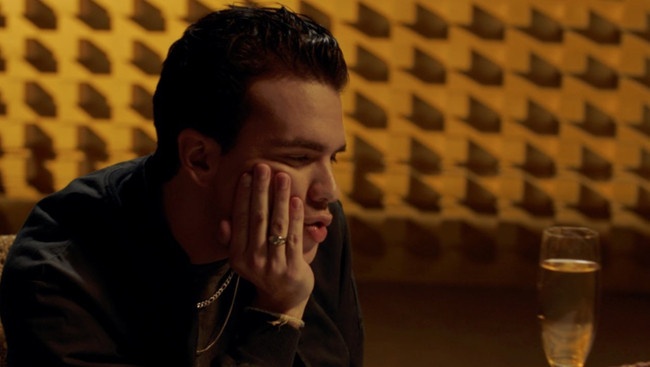 Jonny West just dropped a sleek slippery music video to accompany the smooth groove of a song “GOLD RUSH.” He is drenched in warm golden light while sitting for tacos, playing chess for cash, and eating fried chicken on a couch. West’s calming voice over airy beats creates the perfect atmosphere for dancing, driving, and singing in the shower. Then after serenading us with some hot melodies, he busts out into rap while on a date where he hopes the check will never come.

In the song, he sings “I just can’t afford ya” — a sentence we hope to never hear. But although we might not have any money in our pockets, at least we’ve got music to help us forget. “This video is the 3rd in a series of one shot videos that we made. I wanted to make a video that the viewer could easily digest while understanding the sentiment of the song.”

Jack of all trades master of not taking things too seriously. While working through an overly introspective mental state and trying to push himself creatively, Jonny still doesn’t veer too far from being that kid in class who’s always asking to borrow a pencil. This mix of creative leadership and stunted maturity makes the music he writes exciting but relatable. While juggling the ebbs and flows of young heartbreak and career quests we find him releasing a stream of consciousness in songs that deal with financial troubles, mental struggles, and the loss of love. The thing about this… and the thing about all things is… he’s still figuring out. Maybe that’s the point.