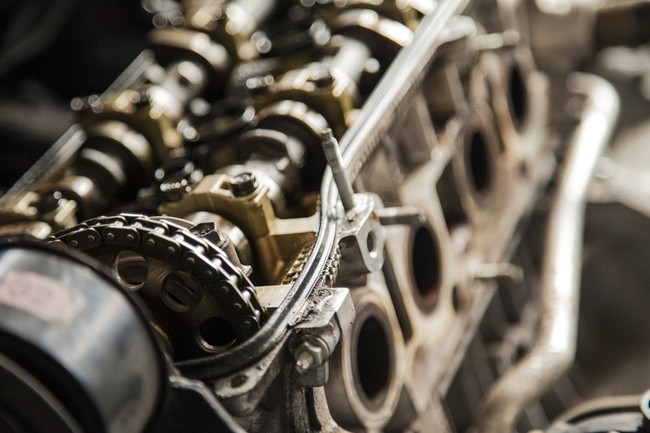 Diesel engines can offer some serious efficiency advantages over a traditional gasoline engine, but the fact that they’re a somewhat more specialized engine choice means that you might not be aware of what’s going wrong under the hood even if you happen to have a comfortable understanding of a gasoline engine’s interior. If there’s an issue with your diesel engine, here are four parts you might need to replace.

Lubrication is a critical necessity for any functioning engine, and the oil filter helps regulate the balance. A clogged, worn out, or incompatible oil filter can eventually lead to serious issues like a blown piston from a lack of lubrication, but the filter also serves the crucial role of filtering out contaminants. Short–term signs of a defective oil filter include dirty exhaust, problems with the engine overheating, and generally weak performance in terms of engine power.

The common rail injector is a prevalent type of fuel injector within diesel engines. Its job is to store and regulate the flow of excess fuel to maintain a balance of pressure within the engine. Misfires and rough idling are two of the most common warning signs for a failing rail injector, and it can also lead to decreased fuel efficiency and increased emissions in the long term.

The flywheel serves the critical purpose of keeping the engine in motion, regulating the flow of energy to the motor, and storing kinetic energy for intermittent use later. Understandably, a problem with a flywheel can have a major impact on the health of your diesel engine. If you’re having trouble shifting gear or suffer issues with the clutch slipping while in gear, the flywheel may be the problem. Flywheel issues are often accompanied by a vibrating resistance in the clutch pedal and a foul odor accompanied by smoke.

If your diesel vehicle is suffering from electric power issues, the first assumption might be a failed battery. But the alternator located directly on the engine could be to blame as well. The alternator serves the purpose of keeping the car’s battery charged through the use of power redirected from the engine, and the symptoms like dim lights and an inability to start reflect that inherent purpose.

Whatever you do, making sure that you fully understand the issue at hand is important. Make sure to carefully evaluate the situation before you invest in a new engine part, as many different issues can have similar symptoms.