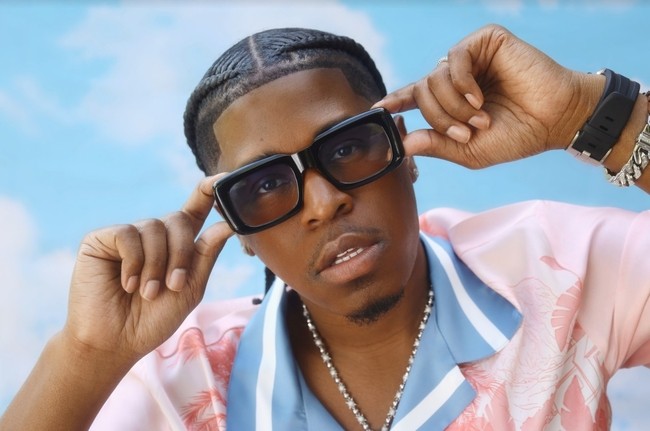 One artist who knows plenty about shaking things up is Jor’Dan Armstrong. Since he was just five years old, Jor’Dan has had a passion for performing – but he’s had a passion for music even longer. His love for music stemmed from attending church frequently as a kid. Since then, His admiration for God has remained consistent themes throughout his impressive career. However, he’s put a mainstream twist on his style of music for as long as he could remember. His unique sound has elevated him to a whole new level and completely rewired the gospel music world. With God in his corner and some of the sickest beats around, nothing is holding him back.

“My God” is a perfect and seamless crossover from powerful gospel music to upbeat hip-hop/r&b. It’s a combination that may seem unusual, but Jor’Dan Armstrong makes it make perfect sense. When you first listen to the track, it’s almost unrecognizable as a gospel song. All that you can hear are catchy hip-hop beats and intelligently thought-out rhymes. Once you dissect the words, it’s the ultimate gospel song at its core. Throughout the song, Jor’Dan sings about how he needs to brag about his God, how his God never backs down and never loses. It illustrates his undying commitment to Him – and Jor’Dan is not afraid to shout it to the world. The influence of ’90s hip-hop and R&B can be heard throughout this track. With each pass he releases, Jor’Dan Armstrong helps bring a fresh perspective to those new to the genre.

Like the song, the “My God” video feels a lot more hip-hop than gospel. It starts off with Jor’Dan Armstrong inside the walls of a car dealership with Lil Yachty as the ultimate salesperson. After a few back and forth discussions, they finally settle on the perfect ride for this artist: a sleek blue Lamborghini with all the bells and whistles. From there, we ride along with Jor’Dan as he rolls down the street in his new car. In between the riding clips, Jor’Dan stands in the middle of a basketball court and parking garage while he lays down his verses. Throughout the video, we get glimpses of the rapper through the distorted, flashing lens of a camera. The video ends with a gentle fade out as Jor’Dan continues to dance on the court.