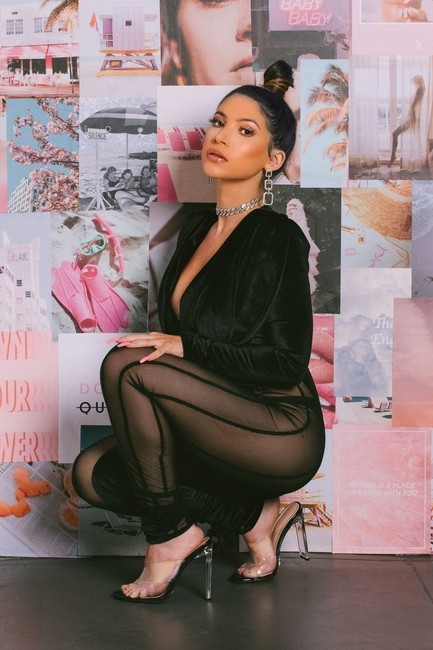 2021 has been an exceptionally big year for Gigi Vega. She’s dropped a string of successful singles and remixes to kick off what is certain to be a rousing career in pop music, and in her new summer jam “Down Crazy,” she disputes the notion that a rookie can’t rule their scene without help from a collaborator. The stylistic theme of this track sways pretty liberally between hip-hop and progressive pop, but it never feels fragmented by the diversity of its influences. This is a scenario where duality creates a more cohesive sound than singularity can afford, and it’s keeping Vega in some top-tier company to put it mildly.

With her vocal, this player doesn’t just sound comfortable with the verses she’s belting out – she’s relaxed. Confidence is one thing, but she sounds like this is coming to her naturally, without any serious degree of rehearsal (although I’m sure there was a lot of practice ahead of hitting the studio here). She has the essence of a natural because she isn’t having to force these melodies together; they were destined to be united from the start. I can’t argue with the chemistry in “Down Crazy,” and it begins and ends with the singer of the song herself.

These harmonies are soft enough to be a little spacy, but the execution from Vega is too surgical to lend any stony elements to the melodic faceting here. Even where there’s a vaporwave-style hook in “Down Crazy,” she’s using it in such a way that drawing comparisons between her style and what some of the downright druggy players in contemporary pop have been doing is impossible. This is far more intellectual and artsy than what the mainstream is producing this summer, and I don’t think you need to dig very deep through the current charts to concur with my opinion.

A club remix of “Down Crazy” is definitely possible given how simple a beat this is beneath the synth parts, and as long as Vega’s voice stays in the middle of the spotlight, there’s really no limit to what you do to manipulate the melodic angles to this single. She already proved with “Watchu Tryna Do?” that she can be bold as an experimentalist when necessary, and I don’t want that part of her personality as a professional recording artist for anything in the world. It gives her so much of a boost above her peers, particularly those who employ a more cut-and-dry songwriting and producing style.

Gigi Vega is becoming one of the most consistent greenhorns I’ve covered in 2021, and her versatility makes me excited to hear what a proper album under her moniker is going to sound like. Pop fans don’t need to be told where the gilded treasure in their genre is, and they’re rightly giving Vega a lot of attention this summer because of how unique and affectionate a melody she can dish out. She’s got the qualities of a superstar, and I think they’re being put to use brilliantly in “Down Crazy.”