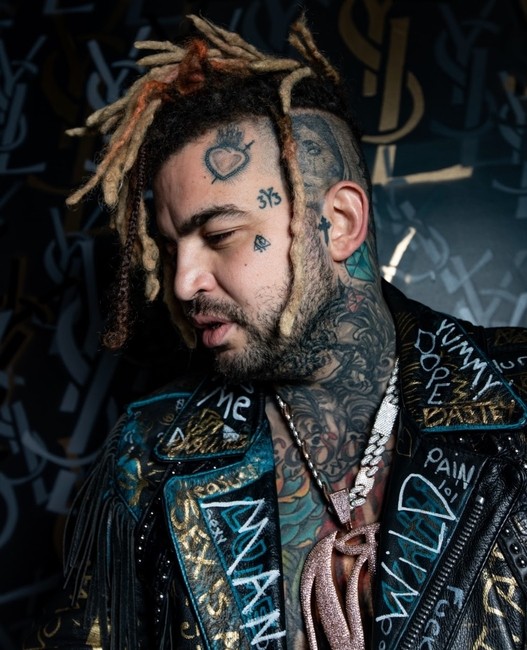 The first signing to T-Pain’s own Nappy Boy Entertainment was never going to be an ordinary artist – and Chayo Nash is a musician after his own heart. Chayo makes music that draws from hip-hop, spaced-out guitar rock, soul, electric blues, and R&B, and he delivers it in a voice that’s simply unlike anybody else. His music makes his gritty Chicago roots manifest, but it’s also suffused with the easygoing hedonism of his adopted Florida home. He’s unclassifiable, untamable, and wonderfully incorrigible – making him a perfect match for T-Pain’s vision of an entertainment company that defies all expectations.

They’ve also got voices that go together like sun and surf. Chayo is tough, muscular, diamond-hard, effortlessly melodic; T-Pain is amplified, excitable, stretched, and pulled like taffy. They’ve rhymed together plenty of times and made several memorable records before — but no track has ever showcased their chemistry and collective dynamism quite as well as “Like Dis.” Perhaps that’s because of the subject matter: they’re rapping and singing about an altered state so profound that it’s positively transformative. It’s T-Pain who lets you know, right at the top of his rapid-fire, radically processed verse, in no uncertain terms: he’s never been as high as this before. Chayo keeps his feet on the ground, but the undercurrent of levity in his voice lets you know that he’s feeling it too. They’re having a great time, even if they’re not likely to remember any of it in the morning.

They’re partners in provocation in the clip for “Like Dis,” too. The camera captures them in classic stoner posture: relaxed on a sectional sofa, pleasantly blissed-out, idly changing the TV channels by remote control. But once the beat kicks in, they’re transported to a funhouse universe that matches the artfully smeared sound of the song. The sets amplify the feeling of otherworldliness: one is decorated with black and white zigzags, running in patterns down irregular corridors, and another is bathed in a vibrant yellow and decorated with arcane symbols. The real agents of destabilization, though, are the stars themselves. Chayo Nash and T-Pain address the camera with the precise combination of genial bewilderment and total confidence that anybody who has ever been high will immediately recognize.