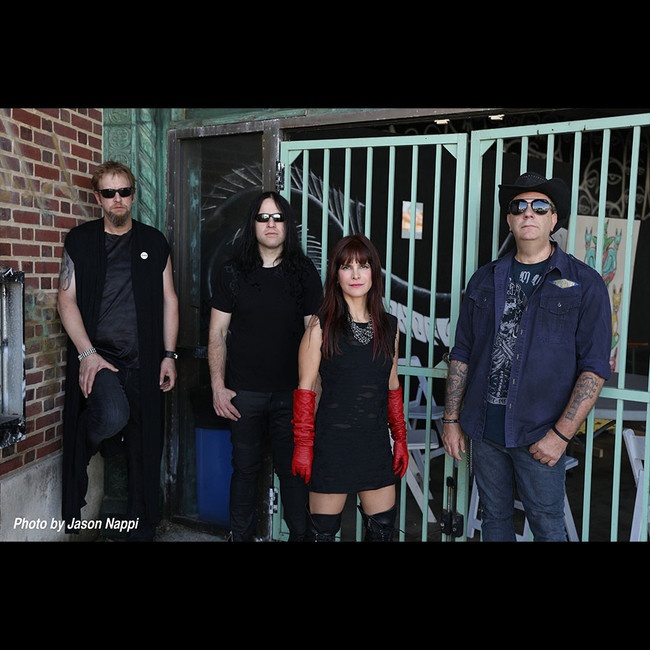 It’s the Garden State’s least-known stretch of coast, although it is the closest to New York City, hidden in plain view at the northern edge of Monmouth County. The Bayshore has its own communities, its own beaches, its own amusement parks, its own traditions, and its own distinctive sound. In New Jersey, it has long been recognized as the cradle of great hard rock bands — outspoken bands, ones with catchy songs and fierce independent streaks. The Bayshore is home to bands determined to play any dive and any basement to get their message out, but who’ve got sounds and skills worthy of presentation in any arena in America. Spider Rockets is headquartered in Hazlet, NJ, a classic Jersey highway town minutes from the water, and they epitomize the regional attitude.

And while the group is independent in every sense of the word, it’s built a dedicated national following for its distinctive combination of two-fisted blues rock, classic Turnpike metal, alternative music, noisy punk, and a pinch of singalong pop, too. Spider Rockets has toured with Saliva, Trapt, Puddle of Mudd, Saving Abel, and many others, and has won new adherents with every searing show. This is music for high-speed summertime drives – and summer is right around the corner. Along Came A Spider is Spider Rockets’ fifth album, and its most self-assured and raucous, too. Spider Rockets’ frontwoman, Helena Cos, has always had a voice that stands up to the formidable sonic assault of her group, but this time, she crashes into the songs like a hurricane barreling ashore. Some credit for that must go to producer Dan Malsch who has also manned the boards for Tantric and Doro. Then again, Spider Rockets has always worked with first-rate hard rock producers, including Eric Rachel (Atreyu, Hatebreed) and the legendary Martin Bisi (Sonic Youth, Swans). Just call Spider Rockets a band of musicians whose time has come, and who have reached the top of their game, just as the world is starting to take notice.

“Rip Your Heart Out” is a storytelling song from Spider Rockets: a cautionary tale about love gone wrong, delivered by a singer who has seen her share of romantic disasters. The band has paired the track with anime, which brings the story to life and director Roman Fernandez cleverly accentuates its most outrageous features.

Naturally for a Bayshore band, much of the drama takes place at a seaside amusement park, where every thrill ride evokes the ups and downs of a relationship in turmoil. You don’t have to be from New Jersey to appreciate the metaphor — but to be honest, it probably helps.