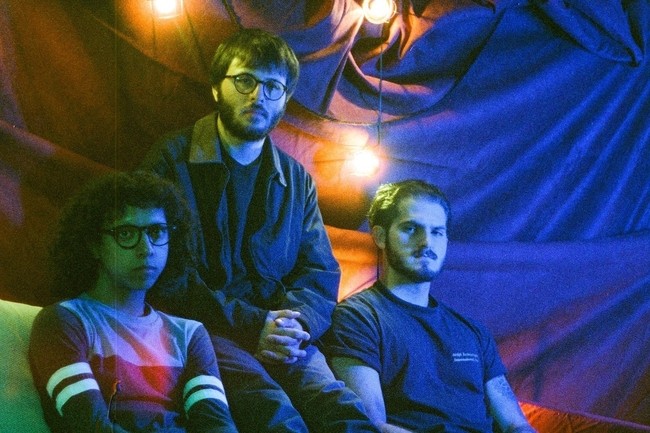 There’s a real scrappy attitude on display with the band Mold! and their single “YOU ARE BEING LIED TO!”. Certainly indebted to the monumental rise of bedroom indie hits that have blown up with epic proportions over the last few years, there’s something truly special about this band that’s almost hard to place. It could be the atmospheric and esoteric lyrics that bring to mind the kind of broken-hearted youth and nostalgia, but I think a big factor is shown in the wonderful music video directed by Gabriel Duque.

It’s highly reminiscent of simple but expressive music videos of the late 90s and early 00s from the likes of Spike Jonze and Michel Gondry. It has characters at odds with their appearances, and the haunting and hilarious face makeup present on the talent only hammers this feeling more. Watching the band really jump onto the scene with such an impressive release is hopefully indicative of what their future will hold. They’re professionally refined, and the mixing and mastering sound like any seasoned veteran’s works.

A big part of this type of music is how well it captures a certain vibe or expression that becomes tangible. Chronicling the distrust and fallout of a relationship, the song is almost like the pulsating inner monologue of us watching ourselves succumb to the red flags in a relationship. At points, the lyrics become hard to decipher as the vocals take a backseat to the impressive instrumentals, and it perfectly captures that kind of euphoric unease that comes with a breakup. The band’s presence on the song and the video has that perfect mix of a millennial slacker, but hopeless romantic with their hearts firmly on their bruised sleeves.

On its own, I can see the song blowing up very quickly and thanks to the rise of apps like TikTok and the randomization in which songs like this suddenly blow up, I can easily see it being picked up by some sort of aesthetic trend since the single is just that malleable. It belongs in other aesthetics as much as it stands out on its own. It should be used in movies and TV and sampled and explored. The dissection of it alone is going to be exciting and the band should look forward to the inevitable swarms of fans they’ll amass. I know there are going to be some who might be a little worn out by this genre, and I can’t exactly argue that Mold! is breaking new ground, but their distinct and affable charm is undeniable.

I know that with more time and breathing room, the band will certainly carve out a niche that’s all their own. I think the best order to experience the song is honestly, the video first and then the single on its own. The visuals constructed are one of those things that to me only enhance the song and I can see it being as effective as the way most people think of the video first for even something like Gotye’s hit single. It’s an exciting, memorable, and punky debut.