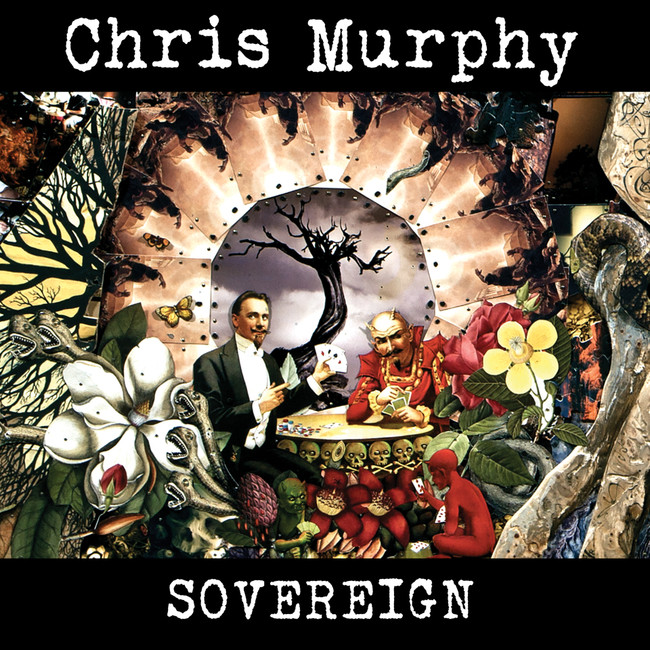 “In another era, I would have played square dances, and loved it. I would have been a court musician in Versailles in the 17th Century or a violinist in a circus orchestra.” These are the words of the vibrant violinist, Chris Murphy, and if his upcoming album is anything to go by he’s spot on. His current repertoire relishes in the depths of folks’ foundations and his upcoming addition, ‘Sovereign’ is just the same; it’s both nostalgic and new. A breath of fresh air in a tradition as old as time.

The album flourishes into life with ‘Halfway Around The World’. This single oozes a sensational spirit, bursting at the seams with folk inflexions. Vibrant violin lines intertwine with Chris Murphy’s melodies; embodying the jovial dancing you can’t help but flow into when listening to ‘Halfway Around The World’. Another stand out from ‘Sovereign’ is ‘Till The World Lifts Its Head Again’. This track not only holds an unwaveringly important message but shares it with the formidable folk flair that Chris Murphy does so well. Chris has crafted a captivating chorus, with a true pulse at the core of this atmospheric track propelling it to new heights. The album then flows into ‘Pear Blossom,’ and if you thought you’d comprehended the full capacity of Chris’ skills, think again. This track further showcases his incredible instrumental ability, Chris Murphy plays his violin as if the instrument were an extra limb. ‘Three Feet Deep’ effortlessly fuses elements of country, folk, blues and even ventures into rockier realms. ‘Sovereign’ is a rich tapestry of intertwining influences, ‘Three Feet Deep’ being an enticing example of Chris Murphy’s expansive sonic universe. Chris Murphy then hurls you to a whole other planet with ‘Never The Same’. The tantalising tango track further cements Chris Murphy as somewhat of a genre shapeshifter. His undeniable artistry transcends a specific sound, but instead flows through each track, tying them together with Chris Murphy’s magical musicianship. ‘Sovereign’ boasts thirteen songs that thrive as stand-alone singles, each with their own heartbeat and captivating core, but also as a fluid collection that floats you through the depths of Chris Murphy’s talent and flair. Each is a goldmine of heart, soul and spirit and is the sensational soundtrack for the slow summer days that I’ve been searching for.