Danish singer Fallulah successfully conquered hearts in the fall of 2020, with the release of her fourth album All My Eyes Are Open (Part I & II). Now she’s back with a clear and powerful message on her new single “Gemstoned”, out today. 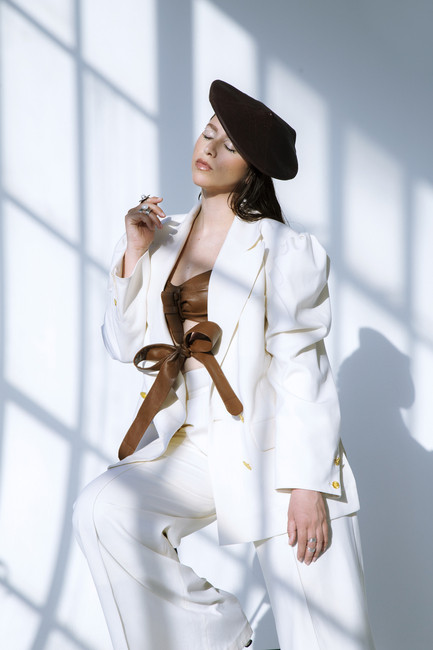 In her more than ten-year journey as a musician which began in 2009, when her first single became “song of the week” on Danish radio station P3, Fallulah has achieved massive recognition for her unique world of pop music. She’s won two Danish Grammys, a GAFFA Award and the Danish national radio P3 Gold award.

Her music has continued to thrive and make waves both in Denmark and internationally. Abroad she’s had coverage from a wide range of radio and music media including a live session at BBC6 Music, pieces in The Guardian, Fader and The Line Of Best Fit, to name a few. Touring has included shows at SXSW, CMJ Festival, The Isle Of Wight Festival and Electric Picnic.

Alongside her music she tirelessly uses her voice and platform to raise awareness about sexism and lack of diversity in the music industry. This has led to her creating the movement Hej Søster which has grown to include a one-day festival, talks, a podcast and a web shop.