Irish-born singer-songwriter Holly Macve released her eagerly awaited sophomore album Not The Girl. Holly drew early inspiration from blues and early rock records that her mother would play and literature including The Bell Jar which was the inspiration for “Eye of the Storm” from this album. Later, she found Leonard Cohen, Johnny Cash, Gillian Welch, and Nick Cave. She has been compared to “somewhere between the lonesome twang of Patsy Cline and the moodily modern slur of Lana Del Rey” by NPR. Recently, Lana herself acknowledged the similarity between the women when Rolling Stone asked her, “Who should play you in the biopic of your life?” and Lana answered, “Oooh, I’d like the singer Holly Macve.” 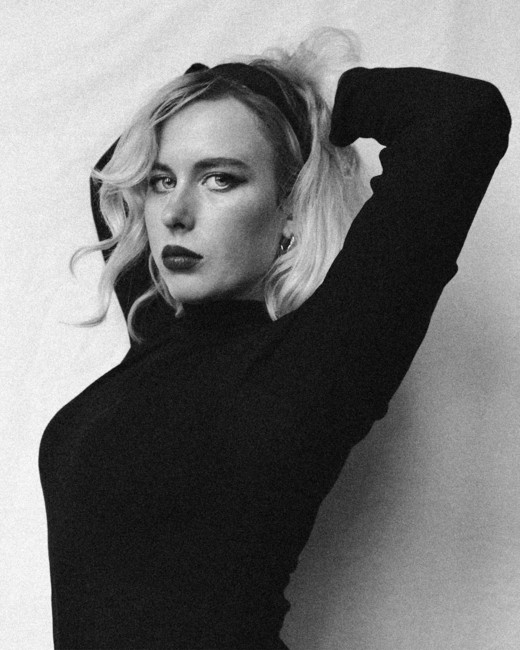 “My vision was big,” says Brighton-based singer Macve of the road to her second album. “I knew I wanted to do something more expansive than my first record.” With reach, feeling, storytelling power, and a stop-you-dead voice, Macve sizeS up to that mission boldly on the cinematic Not The Girl. Following on from the rootsy saloon-noir conviction of her 2017 debut, Golden Eagle, Holly sets out for deeper, often darker territory with a firm, unhurried sense of direction on her second record: on all fronts, it’s an album that looks its upscaled ambitions in the eye fearlessly.

Holly on Not The Girl – “‘Not the Girl’ …reflects a lot of emotions that had been bottled up and came out in these words after being inspired by William Blake’s ‘Songs Of Innocence and Experience’. It’s about that pivotal moment in life where something happens that makes you lose or question that childlike wonder and trust you had. Moving on from the innocent way you look at the world… and then gaining a whole new perspective, without the rose-tinted glasses.”