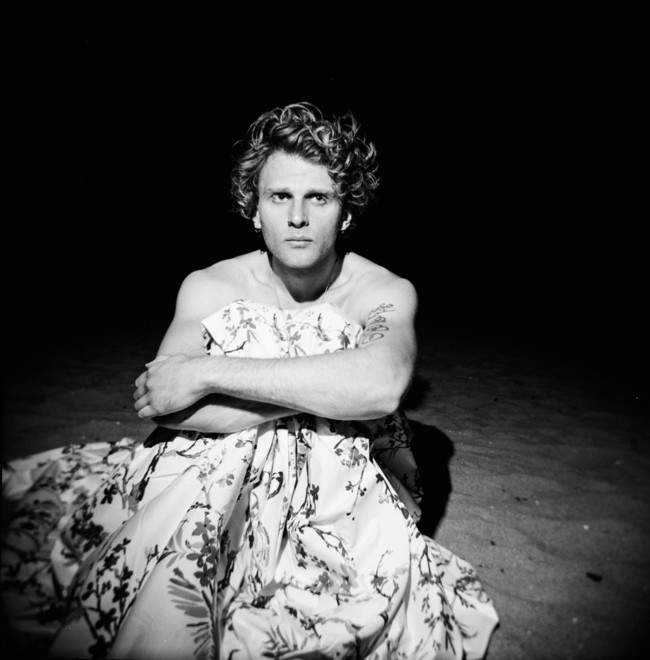 Today, Asbury Park’s joe p releases his single “Off My Mind”, the follow-up after launching his first release “Fighting in the Car” as the newest signing to Neon Gold Records (Matt Maeson, Charli XCX, HAIM, The Knocks, et. al). Both songs will be part of his debut EP Crown Vic which will be released on June 25th.

joe p about “Off My Mind”: “This is the happiest sad song I have ever written I think. When I started coming up with the line “now you’re off my mind” I loved how just saying that out loud contradicts the very thing it is trying to prove.” And just like “Fighting in the Car”, the “Off My Mind” music video was directed by Anthony Yebra.

“I really wanted to make a music video where I didn’t fake performing the song or lip sync while trying to look as cool as possible. I have done that so many times and I just wasn’t in the mood to do that for this song. Instead, I wanted to have something a bit more cinematic and a story to follow. Anthony Yebra and I sat around until we developed this sci-fi based idea that basically revolved around a man finding some sort of mysterious black orb in his backyard and instead of trying to figure out what it is, he befriends it and takes it in. In the end, the character has to make a decision that ultimately determines his fate as well as the rest of the worlds’. This video was made with no crew, shot, edited and directed entirely by Anthony Yebra and shot over the course of a few weekends. Huge thank you to James for letting us use his house/property/truck/welding shop and Hess for helping with some lighting trickery.”