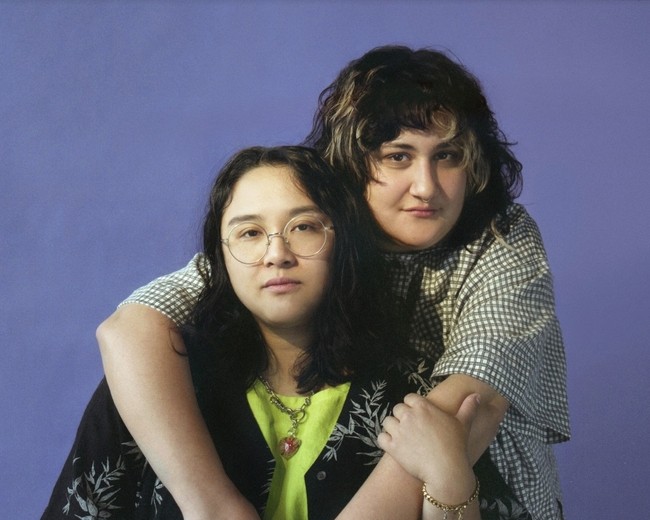 “Bachelor … is not a band, it’s a friendship.” The duality between Melina Duterte (Jay Som) and Ellen Kempner (Palehound) formed via musical kinship. The two indie artists united to form a gentle and tenderhearted pair that blends their independent songwriting abilities and organic dynamics to showcase the nuances of their emotions and highlight their creative fortitude. Although they first met in 2017 in a Sacramento green room, it took a year for their awkward – yet eager – interactions to flourish into wholesome platonic chemistry. Once the two established the connection, they made up for lost time by packing all of Duterte’s recording equipment into two cars and driving it down to a rental house in Topanga, CA. They locked themselves away with only instruments and canned ice teas to keep them busy.

Love at first sight turned into artistic partners for life. The two weeks spent at the Airbnb listening to Billie Eilish, Radiohead, and Brittany Howard alongside nights watching The Mandalorian propelled the debut of Doomin’ Sun. Heavier themes can be found in the album surrounding queerness and climate change, but the tears that were shed when producing were from laughter. The songs recount modern life and tell stories that many listeners will recognize and relate to. “Bachelor” is textbook defined as a man who has not been married, but Duterte and Kempner reclaim the term to narrate the delirious days overflowing with euphoria and jubilance.

Based on a true story, “Stay in the Car” is a bass-heavy rock track inspired by the Pixies and the Breeders. The Bachelor’s wanted it to be a visceral listening experience and, at the same time, made a vivacious visual to match. In December of 2019, Kempner laid eyes on the most beautiful woman in a store parking lot, yelling at the man in the car asking him what he wanted from inside. Kempner was mesmerized by her red attire and dripping jewelry, stating, “I wanted to be a part of her life, her best friend, her driver, whatever she wanted me to be.” The vivid imagery was directed by Haoyan of America, where the use of 80s/90s/00s props and toys, CGI, and car-themed items merge the line between animation vs. nonfiction, modern vs. vintage, and eccentric vs. conventional. Their muse might be gone, but her impact lives on in the Bachelors’ music; and thanks to her, Duterte and Kempner make sure to stay in the car even as it gets sucked up by a UFO.