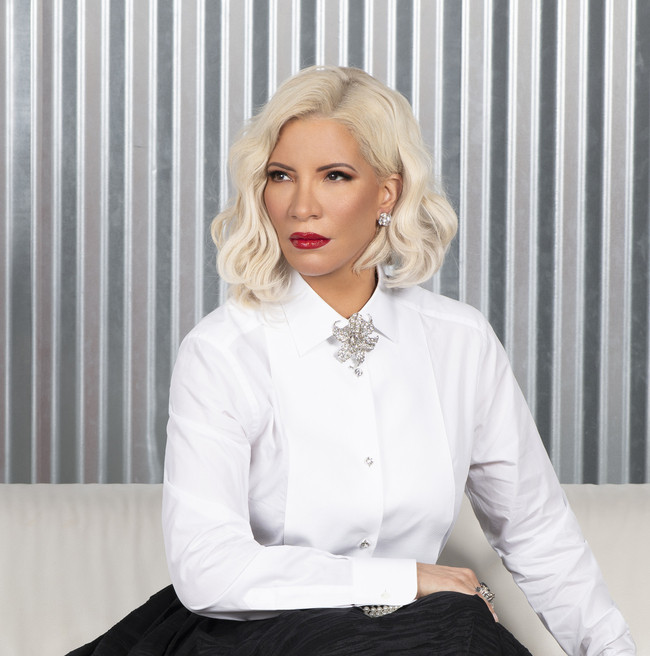 Resiliency is an elusive quality: until you’re tested, you can never be quite sure if you’ve got it. But if you do – if you can overcome challenges and stay strong and keep your poise amid troubles – then you possess a gift that’s all too rare. Rebecca King Crews has many assets as an artist: she’s skilled, expressive, empathetic, and charismatic. Above all, though, she’s resilient, and that resiliency is present in everything she does and every note she sings. She’s been through the fire, and no matter how much she’s had to surmount, she’s never lost her faith in her talent, her vision, her spirituality, or her marriage to the actor and activist Terry Crews.

But that’s not to say that she hasn’t had her moments of frailty. In her songs as Regina Madre, Rebecca King Crews has been forthcoming about the storm of emotions she’s experienced and unsparing in her articulation of fear and doubt. “Never Be The Same,” her latest single, is emotionally volcanic: even if the lyrics didn’t make the singer’s distress manifest, it would be audible in her aching voice. Like all of Regina Madre’s songs, it’s impeccably produced and expertly sung, softly radiant, welcoming, wonderfully grown-up and lived-in. Rebecca King Crews understands: if she didn’t make her pain so palpable, her strength wouldn’t be so visible.

“Never Be The Same” is the latest in a series of remarkable Regina Madre singles that includes the frank “One Goodbye in Ten,” the powerful “Destiny,” and the smoldering “What You Wanna Do?,” which was released earlier this year. Yet it’s fair to say that she’s never been as candid – or as confessional – as she is on her newest. “Never Be The Same” was written at the lowest point of Rebecca King Crews’s union with her husband, penned on a dark night when it looked possible that these two soulmates weren’t going to make it. But Crews is a fighter and a builder, and she refused to be defeated. An inner fire guided her through a difficult childhood and a mid-life health crisis, and she applied that same passion to her marriage. Today, Terry and Rebecca King Crews are rock-solid – check out their recent appearance on Good Morning America to see for yourself! – and Regina Madre is here to testify to the power of faith, and perseverance, and true love.

The animated clip for “Never Be The Same” dramatizes that crisis. The video confronts infidelity, jealousy, righteousness, rage head-on and renders it all in bright, stark white lines on a black surface. As gorgeous as her singing sounds, Rebecca King Crews knows that there’s a wolf inside her – and provoking the beast is not advised. Turbulent, beautiful, surprising, sometimes even shocking, this is a clip that lays it all on the line: an autobiographical statement as meaningful and multifaceted as Crews’s life story.