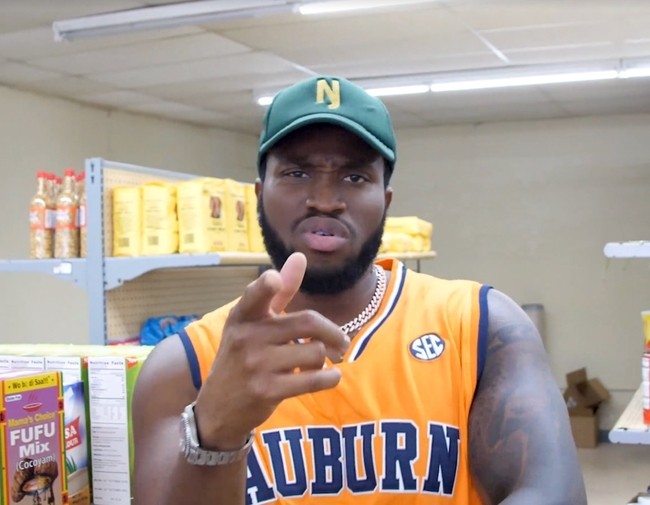 Since the pandemic broke – and, to be honest, quite a bit before that – there’s been little refuge from misfortune in America. Yet, some places have had it harder than others. Consider, for instance, Atlanta, Georgia – a great American city that has taken more punishment than any town should ever have to bear. Atlanta has had a brutal public health crisis that has exposed terrible inequities, and its people have suffered through two bruising political campaigns. Out-of-towners have tried to suppress the vote, and racists have perpetrated acts of terrible violence. When Atlantans have exercised their right to protest, the authorities have fired tear gas and rolled in the tanks. Nevertheless, Atlanta stands strong, and independent black-owned business, the city’s backbone, remains unbroken. The inspiring clip for “No Dey Lie,” the most recent single by afrobeats, hip-hop, and reggae artist Ugotaya, is a tribute to those black businesspeople and a vigorous tip of the cap to Atlanta’s true heroes.

And a salute from Ugotaya is no small thing. The vocalist raps and sings with the gravity and absolute authority of a statesman. His music is, coincidentally, a hell of a lot of fun, too. Born in Lagos, Nigeria, his music is a hybrid of the perspective of an African and an African-American. His is a voice that’s heavy with lived experience – a characteristic, personal voice. It’s a voice filled with city steam and island heat, and his performances draw from Dirty South rap, deep-rooted gospel soul, and sizzling dancehall. The “No Dey Lie” track is pure island thunder: the beat is propulsive and danceable, augmented by a glittering synthesizer and a staccato guitar riff. In its urgency, its party-starting propulsion, it’s easy multiculturalism, and its celebratory pace and tone, “No Dey Lie” is pure Atlanta: it has all of the hallmarks of music made in the capital of the New South.

Ugotaya is a charismatic screen presence, too. In the “No Dey Lie” clip, which he directed himself, he stalks the aisles of a local market (black-owned, of course). He’s right between the jarred spices and canned tomatoes, fresh in his Auburn basketball top, a vision of Southern pride. But remarkably, he isn’t even the star of this clip. Instead, the video honors African-American doughnut makers, personal trainers, independent gallerists, truck drivers, electronics salespeople, and tropical market owners. They’ve been through the storm together. And no matter what comes next, they’re going to keep going – because Atlanta is undefeatable.