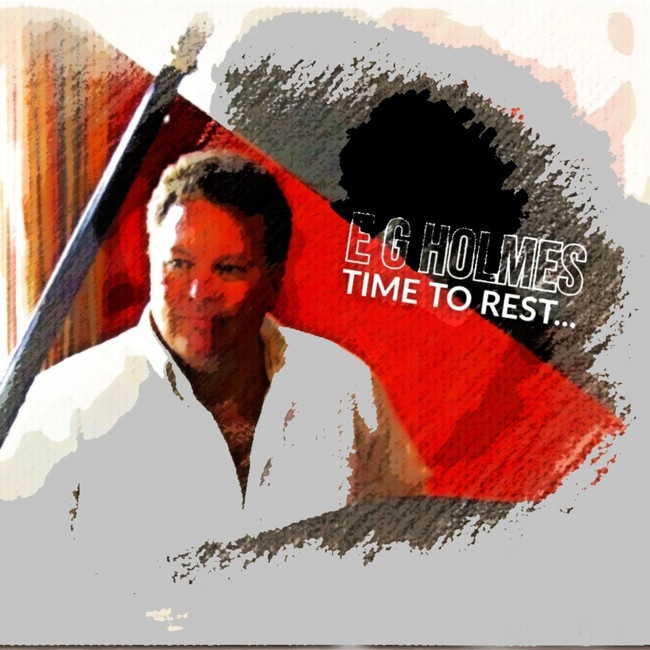 E.G. Holmes delves into a living, breathing communal sound on the bold big band spirit of “Time To Rest”. Stylistically he incorporates elements of jazz, rock, the blues, and more into the singular approach. By far the true heart of the album rests with the power of his vocals which have a fully realized power to them. Full of a commanding presence there is a heightened force of nature emphasis. Volume is a given for the way that they allow the sound to unfurl feels majestic.

A swaggering spirit bursts onto the scene with the aptly named “Hot Blooded 4 U”. From the fanfare of the horns to the giddy rhythm, it all works. Tension rests at the very soul of the piano-led brash sweeps of “Mysterious”. On “The Rumors” there is a bit of defiance that races through the whole thing, as he pours his heart out with every verse carefully considered and delivered with such passion. With an emphasis on country the pastoral “Time to Rest” has a tenderness to its tone, taking its time in building up. The celebratory “Whiskey Joes” comes through swinging with a sense of community. Guitar work weaves together on the potent “Busted”. Glimmering keys waft up on the easy-going groove of “Plains of My Heart”. Elegance radiates throughout the whole of the finale “Tonight Everything Changes”.

“Time To Rest” shows off the impeccable chops of E.G. Holmes in crafting a sound that feels distinctly his own.