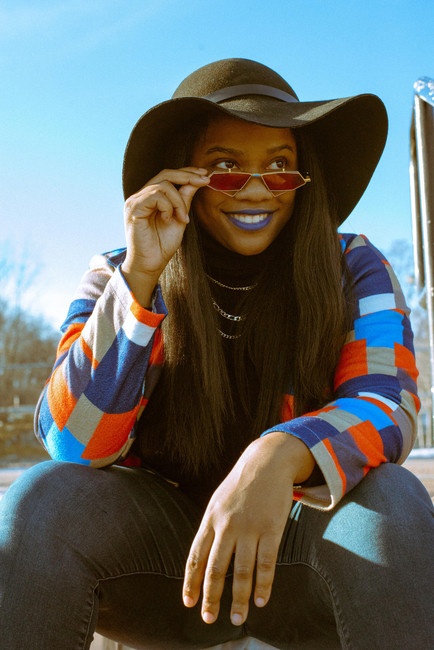 A single pair of red sunglasses received as a gift became a defining moment for rapper Red Shaydez. “Red” epitomizes her ambition and ambiance, while “Shaydez” symbolizes her view from the world behind the tinted lens and her nickname. The Boston native established her name in her local scene and beyond. Her creativity expands apart from being an award-winning hip-hop artist; she’s a professional video producer, educator, and youth mentor as well. Red Shaydez is influenced heavily by her community, so she makes sure to give back in every way she can. Notable outlets like MTV, Boston Magazine, and NPR Music have praised her eclectic style, as well as festivals like A3C and BAMS Fest. Impressively, she’s a “bully of a hip-hop artist” whose supercharged style can erupt a trailblazing explosion.

The 2015 NYC Underground Music Awards nominated her for “Best Female Rapper of the Year” because of her impressive grind and influential nature. These exceptional nominations and distinguishments all occurred before the release of her debut album Magnetic Aura. Admirably, Red Shaydez is a self-made woman; she directs, funds, and services everything on her own. So, in the rolling credits to any work of Red’s is guaranteed to be a team hand-selected by the boss herself.

Once again, Red Shaydez reminds us how she’s made it so far. “Lemme Go Me Talk My Ish” is no joke and was the first time she commanded her artistic vision with the help of video director, SnapsbyKat. The power duo makes her an icon; she’s always winning and staying on top of her game. She’s bold, shameless, and unapologetic – period. She reciprocates the energy that she receives, but if you do her dirty, best believe she’ll speak up. She plays many characters – from a private school student to the bearer of the church’s offering plate – the rapper never falters in her words or stutters in her flow. She whips out a megaphone to emphasize her blatantly expressed bars. The floor is crowded with trophies, and Red Shaydez has to organize her past wins to make room for the new ones. With a resume like hers, it’s evident why she boasts the way she does. Anyone with that type of history knows how to navigate the present and the future with just her attitude, her actions, and her words. When the ish is being talked, you better stay quiet.