Beyond Here is bursting onto the scene this year with their recently released debut album ‘New Dangers’. The formidable four-piece is elevating their airwaves with their astounding alt-rock sound. Beyond Here began as frontman’s Anthony Douglas’ passion project, swiftly attracting the spectacular skills of drummer Jonathon Tuckness, guitarist Jon Wisecarver and bassist Logan Hatcher. This latest album comes off the back of two sensational singles that soared to new heights last year. Beyond Here’s debut single ‘Young One’ saw them exploding into the alt-rock realms, and with a track rich in hypnotising hooks and utterly head-banging drum breaks it’s no question why. With ‘New Dangers’ hitting our headphones this year, Beyond Here is set on course for total airwave domination and we’re just lucky to be along for the ride. 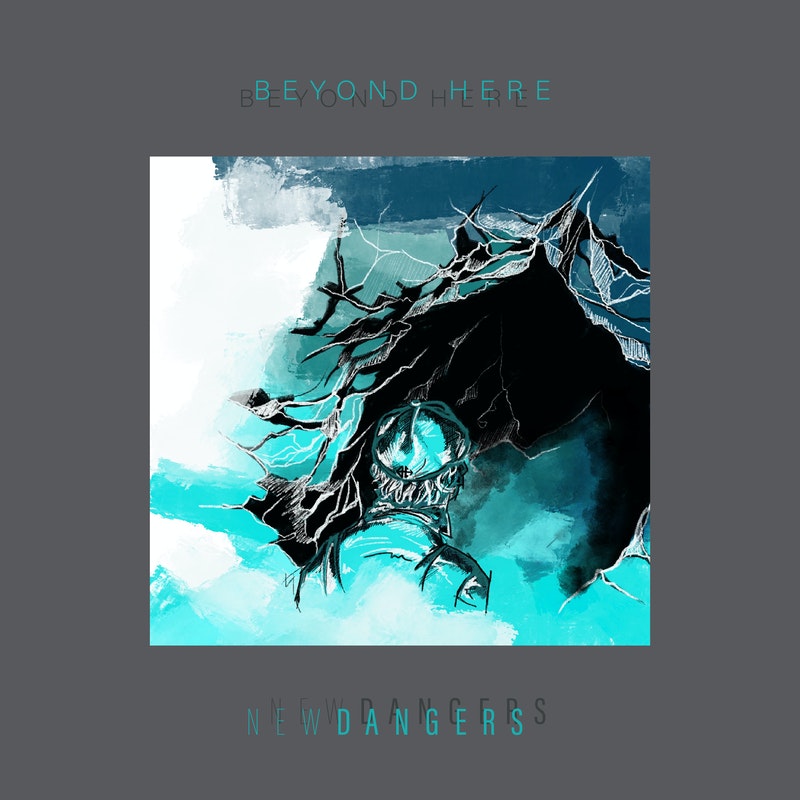 ‘New Dangers’ is the electric album infiltrating our airwaves this year. Each of the five tracks is rooted in the alt-rock atmosphere and boast heavenly guitar fills and dynamic drum breaks. ‘Fake It Till You Miss It’ is the album’s opener — and what an outstanding opener it is. Anthony’s vocals sail over a soundscape generous with guitar gestures, expertly spaced drums and resonant bass lines. ‘Go There’ nods its hat to the more hardcore of the rock realms, with Anthony’s powerful performance prowess transcending this track to new heights. ‘New Man’ offers up a fresh, funk-infused sonic landscape as Logan’s bass effortlessly intertwines with Jon’s guitar notions. In fact, throughout the EP the pair create an astounding soundscape you can’t help but surrender to, whilst Jonathan’s driving drums lines propel each song forward into depths unknown. Seriously, these guys are something else. ‘New Dangers’ showcases exactly why Beyond Here is such an exciting act exploding onto our playlists this year — and with ‘New Dangers’ being the vibrant body of work that it is, I think it’d be a danger to miss it.

Watch Beyond Here’s Video for ‘Go There’ on YOUTUBE NOW