Imagine the opening montage of Rocky III without the iconic Survivor track, “Eye of the Tiger”. Imagine “The Sound of Silence” omitted from The Graduate. And imagine Romy and Michele dancing to anything but Cyndi Lauper’s “Time After Time” in Romy and Michele’s High School Reunion. The songs are seared into our brains, almost as much as the images defined on the screen. Though it might not have the mass popularity of these movies, the new movie The Never List doesn’t skimp on having a soundtrack that could easily dominate many playlists. 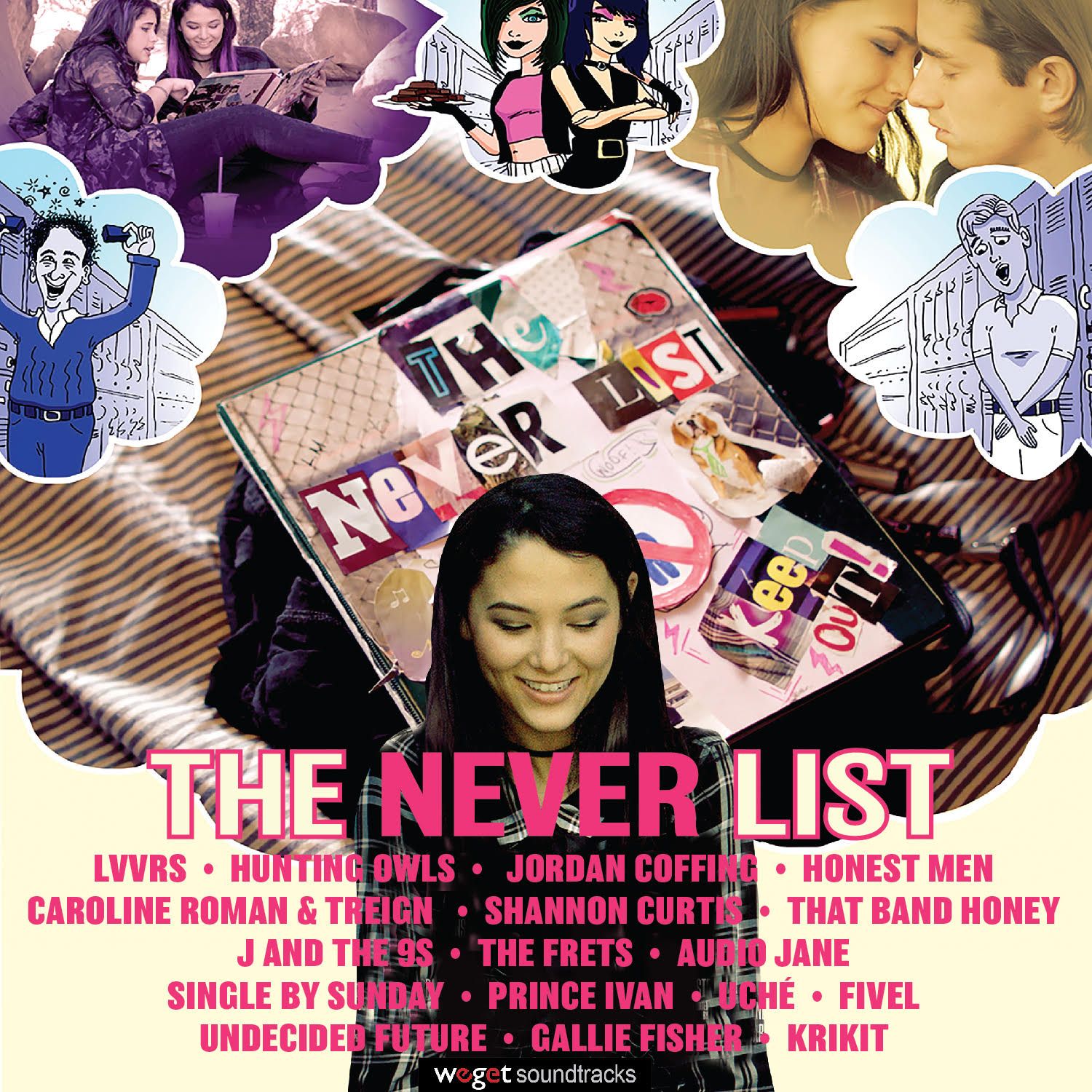 When I closed my eyes and really listened to the 17 songs on The Never List soundtrack, I tried to put myself in the shoes of a teenager, whose life seemed so planned out, and put up imaginary walls and swore to avoid a bevy of things. It was easier than I thought it would be. I think music does that – gives you the keys to freedom, the driver’s seat of choosing your own adventure. The tracks on The Never List are about being young, but still facing real world, adult decisions. From the opener “Bad Girls” from Louisiana trio, LVVRS to the intimate “When The Lights Go Down” from Washington’s Shannon Curtis and the eclectic “Let Her Be Beautiful” from Missouri’s Prince Ivan, the way the listener gets a wide grasp of the emotions (tragedies and triumphs) of a young woman dealing with loss.

Along the way, like any great party, there are tracks to forget the pain and inject heavy doses of energy. One that stands out above the others is the ultra-cool “Revolution” from J and The 9s. This duo has a sound that is hard to pass up and deliciously fits nicely in the middle of the soundtrack. I also really loved the driving energy on the next track, “Break Me” from The Frets. A few songs later, the irresistible “Living The Life” from Fivel Stewart spreads a multi-colored sheen on an already dazzling array of unique sounds and synths that have led up to that moment. You might recognize Stewart for her work with the band My Allowance. She doesn’t disappoint here and can also be seen in the movie.

The last two tracks on the album surprised me the most. “Far Away” from Gallie Fisher. I had first heard Fisher in the stunning “Never Change” (Crystal Skies). Hearing Fisher in this setting, took me to a deeper appreciation. She has a beautiful rawness within her tenor. I think this song to me encapsulates the idea that someone close to you has died, but this person will always be tethered to you, or to make you feel safe. They bring you home in a way, they are always in your heart. Finally, in “I’m Not Sold” from Aimee Felise featuring Krikit, has a gorgeous vulnerability essence. To me, ending the soundtrack seems to welcome the world back, see the world for all its beauty and want to become part of it, even though it might seem scary. Don’t look back, just move forward.