It might seem unlikely that your new daily soundtrack would have a moniker based on the current chaotic climate, yet Merit Maker has released an album setting out to prove that wrong. Philadelphia based Joe Stanton is the musical mind behind Merit Maker and is soaring to new sonic heights with his ever-evolving discography. This latest venture comes off the back of Merit Maker’s 2019 album ‘Judgement Calls’ — ten tracks rich with rampant riffs and punky passion. Elevating his attitude and airwaves, Merit Maker’s latest project shines a spotlight on the driving drums, vibrant vocal quality and punk rock passion that makes Merit Maker so exciting. ‘Quarantined’ is the effortless evolution for the astounding artist, as Joe Stanton further demonstrates exactly why he’s such an exciting act rising the ranks this year. 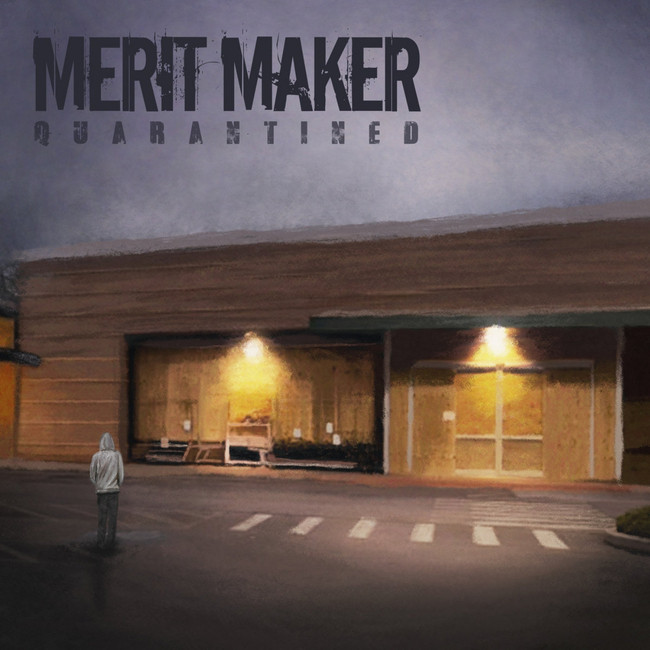 ‘Quarantined’ is the bold body of work begging to be blasted this Spring as Merit Maker hones in on his hardcore sound. Veering from the sonic landscapes of Judgement Calls, Merit Maker leans heavily into the hardcore spirit of metal and punk. Opening with ‘Grudge Hold,’ Merit Maker introduces his EP with a hard-hitting, dynamically diverse dive into the punk rock realms. Zack Seif’s grunge guitar riffs merge with Merit Maker’s vivacious vocals, creating a dynamic dialogue between the two. ‘Deviant Void’ is a surefire stand out of ‘Quarantined’. Mikey Horn’s driving drum breaks propel this track forward as Merit Maker’s momentous melodies showcase the outstanding vocal and emotional range he has to offer. Concluding his EP with ‘Shadow Banned,’ Merit Maker leaves us in a more melodic hardcore atmosphere. It’s Merit Maker’s powerful performance prowess that pushes each of the five tracks into places unknown. Fusing the fundamentals of crossover thrash, metal punk and alternative metal, Merit Maker has forged a standalone sound in the punk rock realms suited just for him — and we love it. With the recent release of ‘Quarantined,’ it’s evident that Merit Maker is on track for an exciting climb this year. So, whilst quarantine is beginning to feel like a distant memory, let Merit Maker bring a whole new meaning to the word with his astounding album ‘Quarantined’.

Listen to ‘Quarantined’ on SOUNDCLOUD | BANDCAMP