Can night be a feeling? It can, suggests Jude Gwynaire with his single, “Feel Nocturno”. Similarly, darkness is a feeling. An eerie feeling, that is. It’s like those days where there is scant evidence of sun. Or rainy days, when the sun is seemingly washed away, or overly cloudy days, where the sun is obscured. 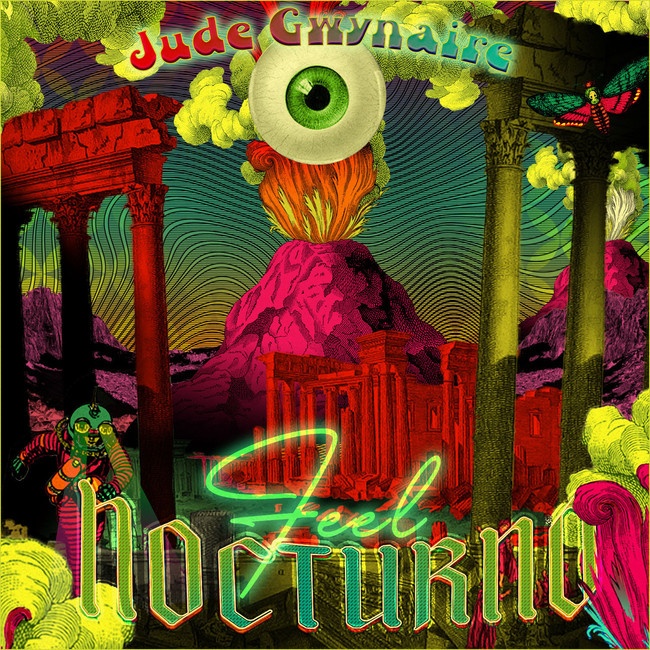 Then again, feeling nocturnal might suggest being in an isolationistic mindset. You just don’t want to see others, nor do you want to be seen. Instead, you want to travel incognito, under cover of the night. All these similar, yet differing feelings are suggested by the music Gwynaire has created with this new single.

This Gwynaire instrumental single is 3:45 of jumbled up sounds. It’s a busy mix of sonics, intentionally so. There are moments where it hits you like an arcade symphony. It assaults the listener the same way arcade sounds assault anyone first walking into an arcade. It’s also like the cacophony of a casino, with countless slot machines all spinning at the same time.

Instrumentally, it can be a little difficult to distinguish these different instruments. It’s mainly keyboard-oriented, but you might just as easily term it keyboard disoriented. It begins the way many rock jams end. You know, how a song can sometimes finish with all its musicians soloing madly, mindlessly and unconscious about what others are doing around them. Therefore, it can hit you like a song’s big ending, only behaving like a big ending from beginning to end.

Feeling nocturnal often feels chaotic, too. At night, it’s more difficult to see where one is going, with the sun completely out of the picture. It’s so much easier to get lost at night because you just cannot see as many visual journey markers.

Melodically, this song is mainly driven by low, bass-y notes. These notes are sonically obscured by everything that’s going on all around them. It’s a little like a small traveler walking though a colorful, aural enchanted forest. You may not even notice this non-descript sojourner, what with all these bold distractions coming from every direction.

This music is dance music of a sort. One is tempted, though, to describe it as the dance music of the devil and his demons. It’s not especially joyful. Rather, it’s more than a little menacing. The track quiets down toward the end. It’s a little like how the blackness of night fades at the sight of the rising sun. This is the same way a party peters out as daybreak approaches. It’s as though the sun arrives to announce that the party is over. Ah, but what hell was raised at this wild party! Every conceivable beverage was poured into this punchbowl, leading to borderline insane feelings and behaviors.

Music has a way of painting bizarre mental pictures. There is a nightmarish quality to this music. It’s just music that wouldn’t feel comfortable at a sunny afternoon picnic. It only seems to come out when the sun goes down. Listening to this music may just make you feel dizzy, which is likely intentional.