The Moon is a cover originally by Irena Žilić, a Croatian singer-songwriter. Ross fell in love with the song when they shared a bill in Zagreb with Irena and asked her permission to cover it. Skye added another verse to it and that is where the album title Blackest Blue came from. 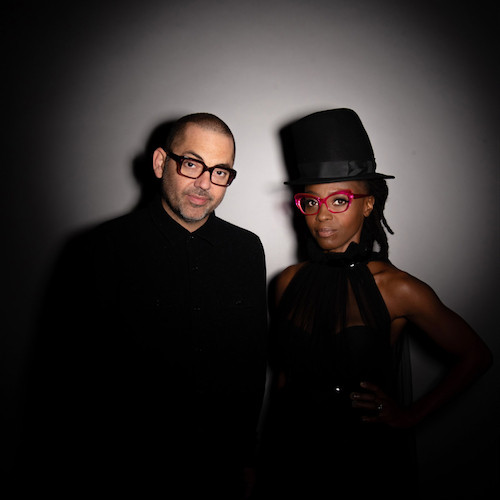 Talking about the track, Skye says; its about following the light of the moon and tapping into its powerful luminous energy, harnessing its positivity to escape the depression and darkness.

Pioneers of the British music scene, Blackest Blue will be the band’s 10th studio album in a discography that spans three decades. 2020 saw Morcheeba unable to tour or perform live, which gave Skye Edwards and Ross Godfrey time to write songs and really get to hone them, as Godfrey puts it. There werent so many pressures so we could really take our time getting the songs right, adds Edwards.  The result of this time is a refined 10 track album that fuses previous incarnations and sound of the band – such as downbeat, chill, electro-pop and soul – into one cohesive record that delves into the soul of the bands genre-mashing musical heritage. As usual, the band didnt approach the album with any pre-conceptions, and instead created an organic journey that represents everything great about Morcheeba.

Edwards lyrics are primarily focused on positivity and overcoming personal adversity that lies within. Sounds Of Blue, is a stunning cut that puts Skye Edward’s sultry vocals to the forefront, floating high above an ethereal backdrop, and touches upon her recent free diving experience in Thailand and my new found confidence and love of the ocean above and below, says Edwards.

The album includes features with Duke Garwood (known for his work with Mark Lanegan, amongst others) and Brad Barr (The Slip, The Barr Brothers). I managed to get hold of him on the phone and asked him to be on our album, says Godfrey on how they came to collaborate with Barr. I sent him a rough piano demo I had played and he sent back the bones of Say its Over. Skye completed the melody and a lyric and we had a stone cold break up song on our hands. It is a real stand out track for me, heavy as a ton.