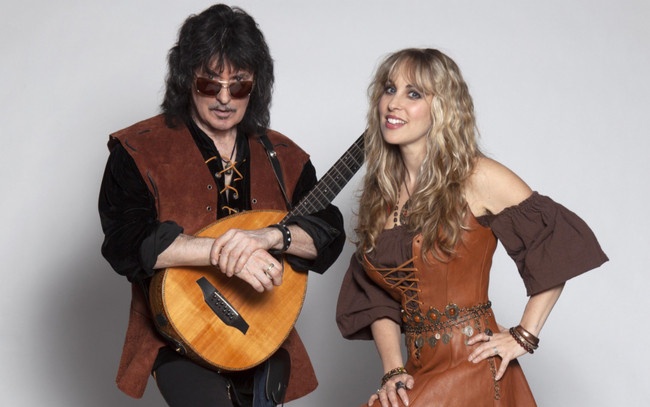 The new single and music video ‘Nature’s Light’ is the title track taken from their upcoming studio of the same name, due for release on March 12th, 2021. According to Ritchie Blackmore, ‘Nature’s Light’ is dedicated to the unique magic of renaissance faires. “I heard something that was a similar kind of melody, so I took that melody and gave it to Candice.”, he describes the inception of the song. “I said, ‘This represents people going to a faire, a very ceremonial thing, with the King and Queen coming through.’ and it needed to have the bombastic pageantry of celebration. A regal announcement that royalty was coming to town.” Blackmore’s Night have without a doubt succeeded in evoking the traditional bombast of medieval compositions. And, like the royalty coming to town in the song’s story, ‘Nature’s Light’ is now available for immediate

Their brand-new album Nature’s Light will become available on a wide range of formats and can be pre-ordered here:
https://blackmoresnight.lnk.to/NaturesLight

Singer/songwriter/multi-instrumentalist Candice Night seamlessly blends her ethereal vocals and lyrics, along with a command of numerous classic woodwinds. With Blackmore traversing all matter of six-string instruments, from acoustic and electric guitar to mandolin, mandolas, hurdy gurdy, and nyckelharpa, the result is a unique listening experience.