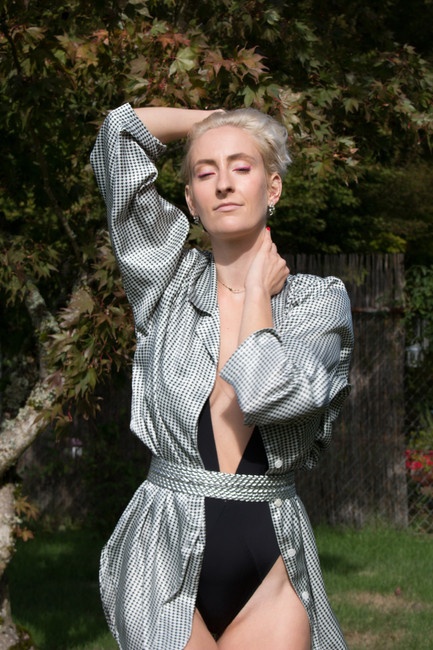 Beginning her music career with nothing but an acoustic guitar and a beautiful voice, Laryssa Birdseye has been dropping the jaws of listeners throughout her evolution into an up-and-coming pop sensation. Armed with relentlessly powerful lyricism and a voice that rivals angels, she’s toured the entire West coast to New York, Philadelphia, Hawaii, and Minnesota. Many know her as the “Taylor Swift of Portland” and the similarities are apparent, but Laryssa’s innate talent as a songwriter and accomplished vocalist prove she’s much more than the latest incarnation of eternally lovelorn female pop artists. She builds depth into her songs inspired by her folk roots without taking herself too seriously and letting her wicked sense of humor shine. This prolific songwriter is the Muhammed Ali of her craft – the hits just keep on coming!

Wildfire is the premiere 6 track banger of a pop EP from previously indie rock singer songwriter Laryssa Birdseye. Hailing from the West Coast in Portland, OR, Laryssa started out with an acoustic guitar, a bad attitude, and cutting, merciless lyrics, steadily working her way up as one of the city’s best known artists. Wildfire marks her first foray into a fully produced Pop sound. Laryssa’s ability to take the profoundly painful and spin it into Pop gold is one of the key features that sets her apart in West coast pop music. Consider her as if Joni Mitchell added some disco synths, trap beats, and anthem style choruses that are both catchy and hyper relatable. There’s something both old school and new school about this EP, with 90’s throwbacks on Another Stupid Love Song, some Amy Winehouse style horns on Won’t Remember Your Name, and the more somber, trap pop stylings of Fuccboi and Only Human that make this a fun and unforgettable journey into the mind of a woman scorned then reborn. Wildfire is a true breakout EP for Laryssa Birdseye, and an unapologetically fun time in the roasting of a love gone wrong.